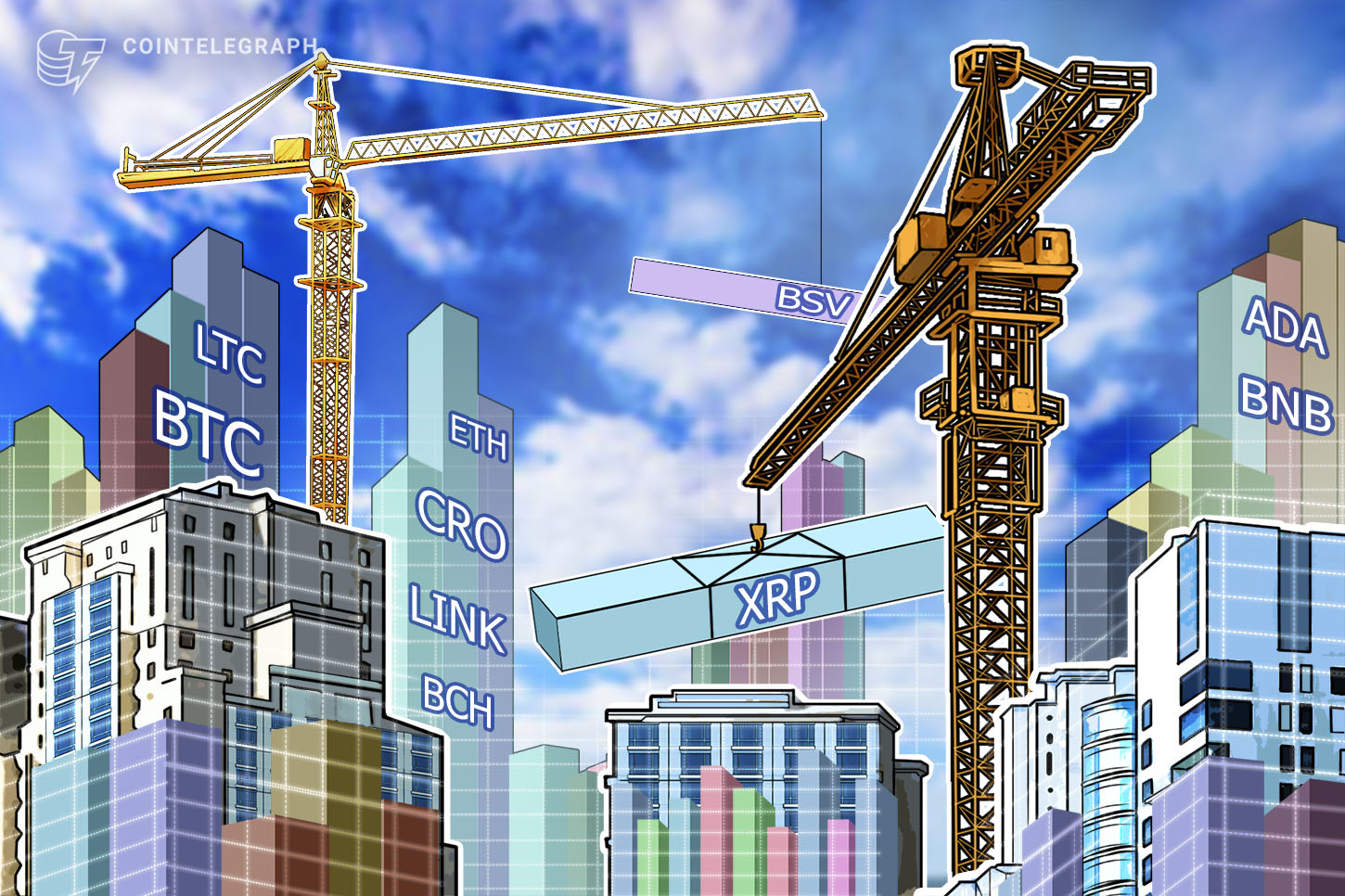 The U.S. Federal Reserve has been contemplating a change in the way it responds to a possible increase in inflation. Previously, the Fed would kickstart tightening if its models forecast a 2% inflation increase. However, this time, the Fed wants to allow inflation to stay above their 2% target before raising rates.

Morgan Creek’s Anthony Pompliano believes that due to Fed’s poor track record with inflation targets, they might end up stoking “inflation at the exact moment that they should be reigning it in.” Pompliano anticipates “real estate, gold, Bitcoin and stocks” to rally much higher than the current levels, with Bitcoin (BTC) rising the most.

Meanwhile, Pantera Capital founder Dan Morehead said that Bitcoin has grown at the rate of 209% annually for the past nine years. If it maintains this growth rate, it could reach $100,000 in about two years.

After the up move on Aug. 5, Bitcoin formed a doji candlestick pattern on Aug. 6, which showed hesitation among the bulls. The failure of the bulls to push the price above $12,113.50 has resulted in profit booking by the short-term traders.

The bears will use the weakness to their advantage and attempt to sink the BTC/USD pair to the 20-day exponential moving average ($10,798). A strong bounce off this support will signal buying on dips and will increase the possibility of a break above $12,113.50.

The bulls will attempt to defend this zone aggressively. A strong bounce off it could keep the pair range-bound between $10,400–$12,113.50. The moving averages are sloping up and the relative strength index is close to the overbought zone, which suggests that bulls are in command.

The rebound off the $366 support hit a resistance at $407.295. Ether (ETH) had formed an inside day candlestick pattern on Aug. 6, which suggested indecision among the bulls and the bears about the next directional move.

This uncertainty has been resolved to the downside today, suggesting that the bears have overpowered the bulls. The first support on the downside is $366 and if it cracks, the correction can deepen to the 20-day EMA ($337).

If the ETH/USD pair rebounds off the 20-day EMA, it will be a positive sign and the bulls will again attempt to resume the uptrend by pushing the price above the $415.634 resistance. Above this level, the next target to watch out for is $480.

However, if the 20-day EMA cracks, it will indicate that the bulls are not buying the dips. This could intensify selling and result in a drop to $300.

XRP’s intraday range has been shrinking since Aug. 2, which suggests a lack of clarity among the bulls and the bears about the next likely move. This has formed a pennant, which is known to act as a continuation pattern.

However, the RSI is still above 78 levels, which suggests that the pair has run up sharply in the short-term, hence, it might catch its breath for a few days. The bulls might face stiff resistance in the $0.326113–$0.346727 zone.

The pair will signal a deeper correction if the bears sink and sustain the price below the immediate support at $0.284584.

After forming an inside day candlestick pattern for three successive days, Bitcoin Cash (BCH) broke above the immediate resistance at $304.79 on Aug. 6, which indicates that the bulls have overpowered the bears.

The buyers will now try to push the price above the overhead resistance at $353. If they succeed, a rally to $400 is possible. The upsloping 20-day EMA ($279) and the RSI in the positive territory suggests that the bulls have the upper hand.

Contrary to this assumption, if the BCH/USD pair turns down from the $337.90–$353 resistance, a few more days of consolidation between $280–$353 is likely. A break below $280 will tilt the advantage in favor of the bears.

The bulls are attempting to push Bitcoin SV (BSV) to the overhead resistance at $260.86 but the move lacks momentum, which shows a lack of urgency among traders to buy at current levels.

This sentiment could keep the BSV/USD pair stuck inside the $200–$260.86 range for a few days. The 20-day EMA ($213) is rising and the RSI is in the positive zone, which suggests advantage to the bulls.

If the bull can propel the pair above $260.86, the uptrend is likely to start. The first target is $320 and then $382.47. This bullish view will be invalidated if the bears sink and sustain the pair below $227. Such a move will signal a lack of demand at higher levels.

Litecoin (LTC) is likely to remain range-bound between $51–$65.1573 for a few days. The bulls are gradually pushing the price higher for the past few days but without a pick up in momentum, a breakout above $65.1573 is unlikely.

If the LTC/USD pair consolidates near the top of the range, it will indicate strength. The rising moving averages and the RSI in the positive territory suggest that bulls have the upper hand.

A break above $65.1573 is likely to start the next leg of the uptrend, with the target objective at $80. Contrary to the assumption, if the pair turns down and breaks below $55, a drop to $51 is possible. A break below this support will be a huge negative.

Cardano (ADA) has repeatedly consolidated (marked as ellipses on the chart) after every sharp rally in this leg of the up move that started in mid-March. Following the surge on July 26 and 27, the altcoin has again entered a range.

The previous consolidation had lasted for 15 days, while the current range is 11 days old. If history repeats itself, the bulls might attempt a breakout early next week.

This bullish view will be invalidated if the ADA/USD pair turns down from the current level and plummets below $0.13.

Chainlink (LINK) corrected on Aug. 5 but the decline was shallow and there was no follow up selling on Aug. 6. This attracted buyers because when the uptrend is strong, traders view every dip as a buying opportunity.

However, the up move is again facing selling pressure today, which suggests profit-booking by traders. The RSI remains in a bearish divergence, which points to a weakening momentum and warns of a possible correction.

On the other hand, if the bulls again buy the dips, the pair is likely to rally to its target objective of $11.

Binance Coin (BNB) is facing resistance in the $22.93–$24.4588 zone, which indicates profit-booking by some short-term traders. However, the bulls have not given up much ground, which is a positive sign.

If the bulls can push the BNB/USD pair above $23.54, a move to $24.4588 is likely. Above this level, the next target to watch out for is $27.1905. The upsloping moving averages and the RSI in the overbought territory suggest advantage to the bulls.

The bulls purchased the dip to the 20-day EMA ($0.157) on Aug. 5, which is a positive sign. However, Crypto.com Coin (CRO) has not been able to pick up momentum following the rebound, which suggests some hesitation to buy at higher levels.

If the buyers fail to propel the CRO/USD pair above $0.176596, a few days of range-bound action is possible. The trend will turn in favor of the bears if the pair sustains below the 20-day EMA.

On the upside, a break above $0.176596 will signal resumption of the uptrend with a target objective of $0.20. The upsloping moving averages and the RSI in the positive territory suggest that bulls have the upper hand.