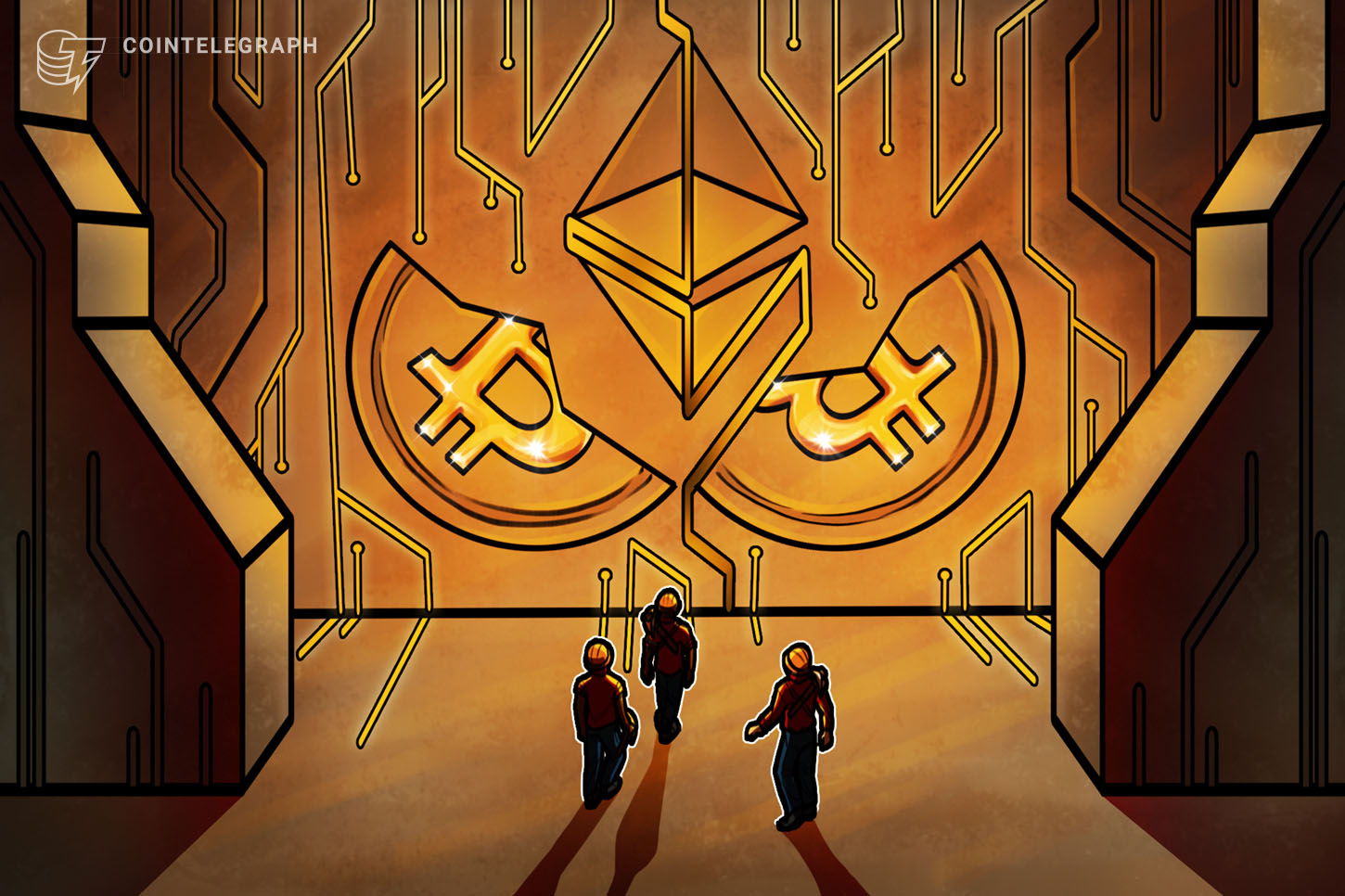 Although over two months have passed since the halving happened on the Bitcoin network, the crypto mining industry is still heaving from the frantic pace of events that have followed suit. The rollercoaster of hash rates has left Bitcoin (BTC) and Ether (ETH) prices soaring while provoking mixed feelings among crypto miners.

The COVID-19 pandemic has left its mark on the industry as well, forcing dozens of pools to either switch off or shift their focus from Bitcoin, with its increasing mining difficulty, to less complicated altcoins that are trailing the Big Daddy of crypto.

The impending launch of Ethereum 2.0 is giving food for thought for all miners in their strive to maintain profitability in light of the challenges facing the mining hardware market. After the Bitcoin halving and the onset of the coronavirus pandemic, private miners were left reeling, but large manufacturers were also affected. Will the upcoming Ethereum upgrade aggravate the situation for mining device producers, or is it just another milestone that will be easy to adapt to?

Fewer, but still in business

The Bitcoin halving resulted in a serious cleansing in the mining market, with small miners losing all sense of remaining, but the near extinction of private farms was not followed by a significant reduction in major pools.

Alejandro De La Torre, vice president of the Poolin mining pool, stated that 15% to 30% of private miners producing Bitcoin’s hash rate are under immense pressure to remain afloat and are gradually shutting down. A decline of up to 20% in the hash rate is also expected in the short term, with an average daily drop of 6.5%. In total, the hash rate seesawed after the halving from highs of 135 exahashes per second to 98 EH/s, or a 27% decline. But that did not affect interest in the cryptocurrency, as institutions poured into the derivatives market, with Bitcoin options open interest increasing by 1,200% over two weeks.

The Chinese factor in the statistical field cannot be ignored — Chinese pools make up to 65% of all of Bitcoin’s hash rate. The pandemic has had its impact on the local mining industry, forcing more than 40 production facilities to stop deliveries. The delays have had a major effect on all miners, as older versions of mining rigs could not be replaced with newer equipment that could have increased the hash rate and compensated for the halved reward and increased difficulty requirements.

The drop in the price of Bitcoin in May from $10,500 to $8,100 saw the shutting down of almost 2.3 million Antminer S9 mining rigs, which is clearly reflected in the drop in hash rates from China, where most old mining equipment became unprofitable and was sold for scrap.

Not everything is bad

Although the rapid spread of the coronavirus pandemic at the start of 2020 affected supply chains and halted the operations of major mining equipment manufacturers, the disruption did not last long, as companies in China and South Korea — home to the largest manufacturers — quickly resumed deliveries. Bitmain launched deliveries from Malaysia of its chips produced in Taiwan and Korea, while Whatsminer rushed a new model onto the market to compensate for lost time and profits.

After resuming business in February, Hangzhou-based Canaan also announced the launch of AvalonMiner 1066 Pro, its latest chip model boasting a computing power of 55 terahashes per second.

Powerry, a cryptocurrency mining operator with 100 megawatts of capacity, announced the expansion of its capabilities by placing a $20 million order for new mining hardware. The equipment will be provided by Bitmain and MicroBt, while farm powering will be handed to Genesis Mining’s enterprise crypto-mining-farm software HEXA.

It is thus possible to conclude that even the expansion of the pandemic’s effects on the world will not have a significant impact on the manufacturers of mining software, which will be under pressure to deliver more new mining rigs to miners seeking to keep pace with industry requirements. The most that can be expected in the event of a second wave of the pandemic is delivery delays and increased equipment prices, which the producers would only benefit from.

The pandemic has not affected the operations of the largest Chinese mining farms, as any disruption would have undermined the Bitcoin network’s hash rate. But even the worst-case scenario of a China-wide shutdown is not likely to result in serious losses, as other miners will pick up the opportunity and keep the hash rate steady. A possible drop in the hash rate of major currencies due to the shutdown of Chinese farms would lead to digital money becoming approximately twice as easy to mine, and the profitability of mining would double.

What about Ether and altcoins?

On the one hand, the volatility of altcoins can play into the hands of miners. With the rise in the price of Bitcoin, other digital assets trail it even faster, thus significantly improving the economics of their production.

Experts believe that Bitcoin will remain the most suitable cryptocurrency for mining in the long term, despite the halving, because its price is more stable than that of altcoins, which can devalue sharply. Those still willing to stay in the mining game can opt for safer assets with high liquidity and capitalization, such as Litecoin (LTC) and Dash.

“As a result of the Bitcoin block halving that took place on May 11, 2020, the block reward […] was halved. In order to stay ahead on the market, miners must promptly update their equipment fleet. The most popular machines until 2020 – S9 ceased to be profitable for miners from almost any region, including regions with low energy costs, such as China.”

The price of BTC seems to be of little consolation for many, as Valarhash — which operates some of China’s largest mining pools — decided to switch to altcoin mining.

Despite the recent 33% hike in Bitcoin’s hash rate, Valarhash dropped its contribution to the network from 4,000 to 200 petahashes per second in March. The company’s mining pools Bytepool and 1THash, which at one point accounted for 9% of the total Bitcoin hash rate, have had their processing power redirected to other coins.

The transition to altcoins may require a significant upgrade of mining farms. Investments in equipment for mining ETH and LTC have longer payback periods compared with BTC mining equipment. Mining ETH and LTC requires higher operating margins, and the equipment is more expensive. Scrypt-based altcoins like LTC cannot compete with Bitcoin in terms of profitability and return on investment. As such, the upcoming transition of Ethereum to proof-of-stake is unlikely to usher in a revolution for the industry.

Despite the technical setbacks spawned by the halving, Bitcoin is likely to remain the cryptocurrency of choice for mining for years to come. The main reason is the relative stability of its price in comparison with altcoins, which are far too volatile to be reliable as profit-fixing assets.

In the long term, miners will become less dependent on events such as halvings. With the development of the coin’s infrastructure, the reward for processing transactions on the network will increase and, over time, may exceed the reward for finding blocks.

As for the manufacturers, they will keep churning out equipment and offering both attractive prices and upgrades to stay afloat and adapt to the rapidly changing requirements of various networks.

Sarah Austin is head of content for Kava Labs, a DeFi-for-crypto startup company based in Silicon Valley. Sarah is the host of the web show Decentralized Finance. She is an entrepreneur, author and TV personality who has formerly worked with Forbes, MTV and Bravo, and was marketing manager for Oracle, SAP and HP.