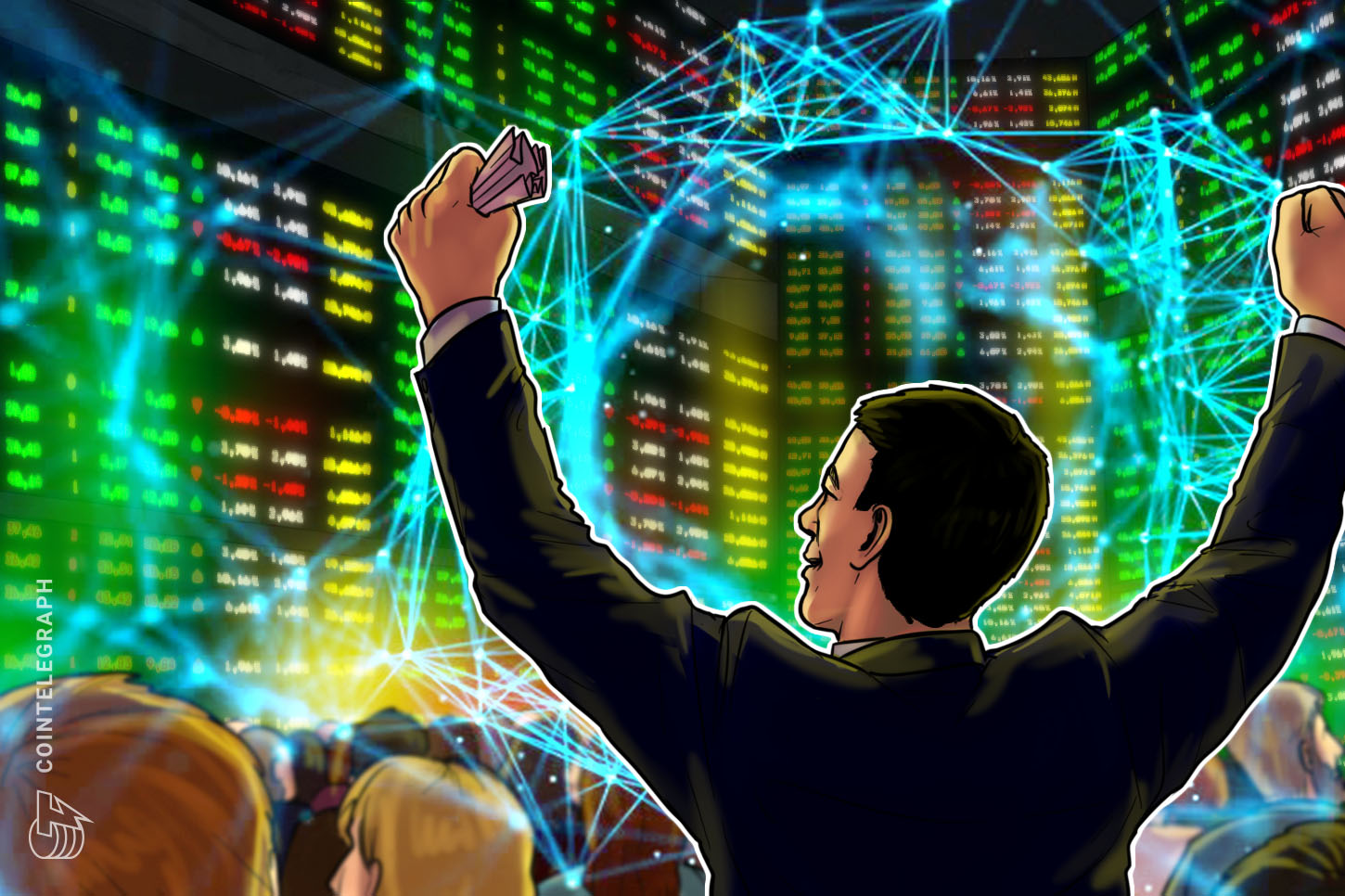 As Chainlink demonstrated a strengthening uptrend, its competitor Band Protocol (BAND), which also operates as a network for oracles, spiked 50% to reach a new all-time high at $12.44.

What’s behind the Chainlink rally?

The sudden uptrend of LINK was likely caused primarily by the squeeze of short contracts in the futures market. As LINK was continuously rising, its funding rate stayed below 0%, hovering at -0.02%.

The cryptocurrency futures market employs a mechanism called “funding” to ensure the market is balanced. When the market is heavily swayed toward buyers, then buyers have to incentivize sellers and vice versa.

As an example, if there is an overwhelming number of traders shorting Chainlink on Binance Futures, then the funding rate would turn negative. In this situation, short contract holders or sellers need to pay long contract holders to maintain their positions.

Throughout the past several hours, as LINK price soared, its funding rate on Binance Futures remained negative. This is indication that as its price was soaring many traders were attempting to short the asset.

A continuous loop of short contracts caused a short squeeze, which, in turn spurred buying demand and fueled Chainlink’s momentum.

A pseudonymous trader known as Benjamin Blunts emphasized that while LINK is theoretically appealing to short, the market sentiment is bearish. When the market is overcrowded by one side, which in the case of LINK was bears looking to short the asset, it tends to move in the opposite way.

“I actually would be inclined to start looking for shorts soon, however it seems my entire feed is doing the same. So I will wait for another push higher I think, not really interested in standing in front of the strongest, fastest horse right now.”

The biggest narrative around LINK during the entirety of its rally revolved around Zeus Capital. The investment firm has publicly maintained a skeptical stance toward Chainlink, expecting LINK price to decline sharply. On August 9 the firm said:

“The ‘get rich fast’ narrative is a true indicator for manipulation. You can only win if you sell your $LINK before it goes to $0.”

A cryptocurrency investor called “Light” suggested that Zeus Capital holds a big short position on LINK, which was apparently at risk of liquidation. He said:

“And in one more poetic twist to the Zeus Capital story, for now, due to delays in the pricing oracle for their Aave borrow, even though LINK breached their liquidation price, their remaining DeFi short has not been liquidated (yet).”

It remains unclear whether a single short seller could have an immense impact on a cryptocurrency with a $2 billion daily volume on paper.