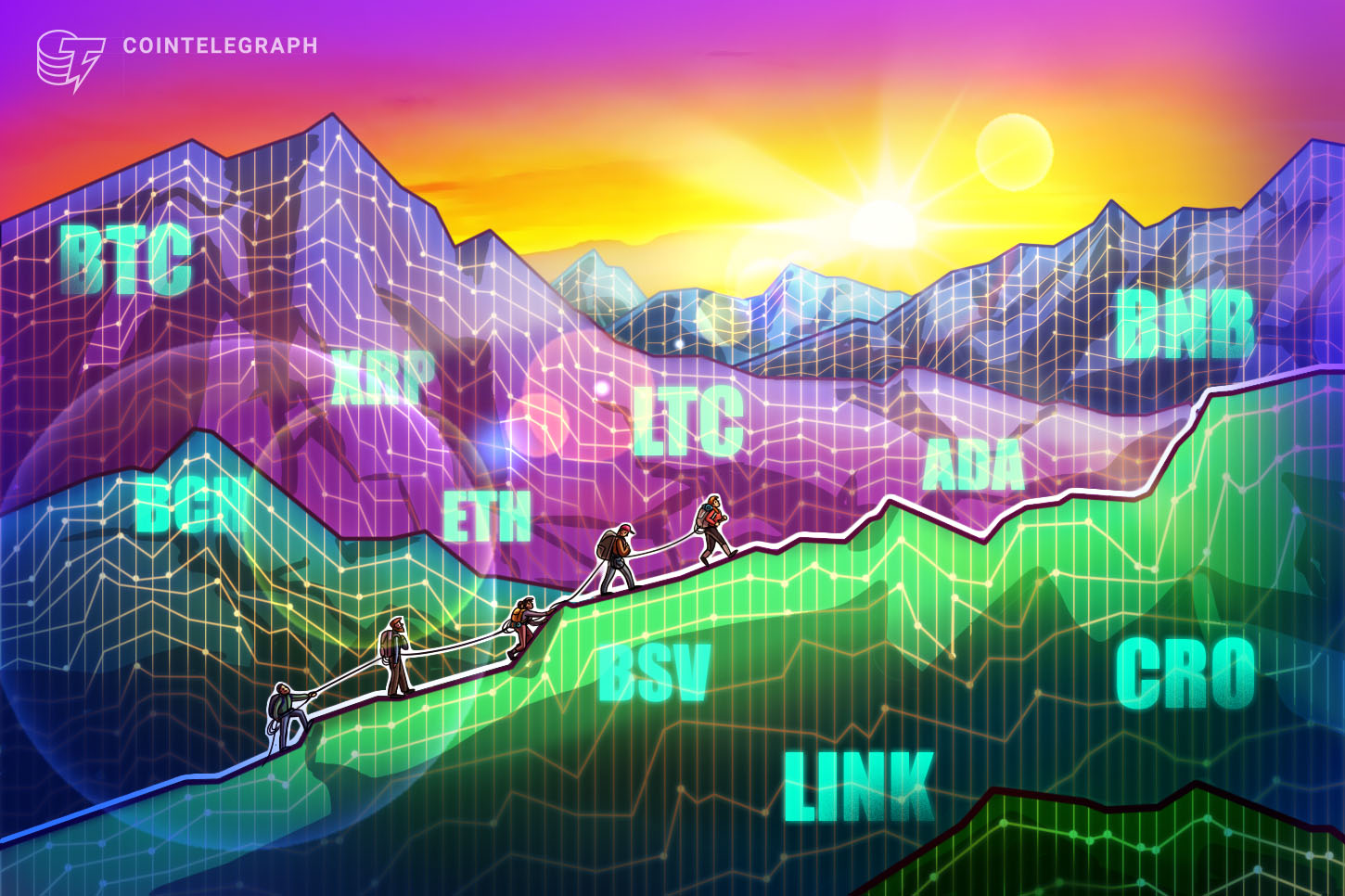 Data from Grayscale Investments shows that the firm’s assets under management soared from about $1.9 billion at the end of 2019 to over $3.5 billion by the end of June 30, 2020.

The correction in the U.S. dollar (DXY) and the possibility of further weakness due to continued money printing by the U.S. Federal Reserve could be one of the main reasons for the surge in institutions investing in Bitcoin (BTC).

Interestingly, about 40% of the Bitcoin accumulated over the past two years has not been moved, which suggests that investors are “HODLing” their purchases as they anticipate higher levels in the future.

Abra CEO Bill Barhydt believes that Bitcoin is witnessing a “pivotal moment” as a new asset class. Rumors suggest that the U.S. government could try to revive growth by stoking inflation. Hence, Barhydt considers that this is the best time for Bitcoin to stake a claim “as the defacto hard digital asset.”

Bitcoin bounced off the 20-day exponential moving average ($11,253) on Aug. 12, which shows that the bulls are aggressively buying the dips to this support.

The price action of the past few days has formed an ascending triangle pattern, which will complete on a breakout and close (UTC time) above $12,113.50. The target objective of this set up is $13,702.55.

Both moving averages are sloping up and the relative strength index is in positive territory, which suggests that bulls have the upper hand.

This bullish view will be invalidated if the BTC/USD pair turns down from the current levels or the overhead resistance of $12,113.50 and breaks below the 20-day EMA.

Such a move will be the first sign of profit booking at higher levels. Below the 20-day EMA, a drop to $10,400 is possible. If this support holds, the pair might remain range-bound for a few days. The trend will turn negative on a break below the $10,400–$10,000 support zone.

Ether (ETH) surged above the downtrend line and the overhead resistance of $415.634 on Aug. 13, which shows that the uptrend has resumed.

Both moving averages are sloping up and the RSI is in the overbought zone, suggesting advantage to the bulls. The next target on the upside is $480 and then $520.

This bullish view will be negated if the bears fake the current breakout and pull the ETH/USD pair down below $415.634. Such a move will indicate profit booking at higher levels and could result in a deeper pullback.

Above $0.346727, the next target to watch out for is $0.40. The uptrending moving averages and the RSI close to the overbought zone suggest that bulls have the upper hand.

Chainlink (LINK) broke above the 261.8% Fibonacci extension level of $17.4319 on Aug. 13 but the bulls could not sustain the price above it, which suggests some profit booking at higher levels.

However, the LINK/USD pair has not given up much ground, which suggests that the majority of the bulls are still holding on to their positions as they expect the rally to continue. If the buyers can push the price above $18.3488, the rally can extend to $20.

If the pair bounces off this level, the bulls will again attempt to resume the uptrend but a break below this level could signal that the momentum has weakened.

Bitcoin Cash (BCH) has held the $280 support for the past few days, which suggests that the bulls are buying at these levels. However, unless the bulls push the price above the downtrend line, the bears will again try to break the $280 support.

If the price again turns down from the downtrend line, it will form a bearish descending triangle pattern, which will complete on a breakdown and close (UTC time) below $280. The pattern target of this setup is $222.

However, if the bulls push the price above the downtrend line, a move to $325 and then to $353 is possible. A breakout of this resistance will signal the possible resumption of the uptrend.

Bitcoin SV (BSV) has held the $200 support but the rebound lacks strength, which shows a lack of urgency among the bulls to buy at these levels.

The price has reached the downtrend line, which is likely to act as a stiff resistance. If the BSV/USD pair turns down from this resistance, the possibility of a break below $200 and the 50-day simple moving average ($192) increases. Below the level, the decline can extend to $160.

Currently, the 20-day EMA ($214) is flat and the RSI is close to the midpoint, which shows a balance between supply and demand. A breakout above the downtrend line and the $227 resistance will signal that bulls are making a comeback. Above this level, a retest of $260.86  is likely.

The bulls have successfully defended the breakout level of $51, which is a positive sign. If they can push Litecoin (LTC) above the descending channel, a move to $60 and then to $65.1573 is possible.

Contrary to this assumption, if the pair turns down from the current levels, then the bears will make another attempt to sink the price below $51. A break below the 50-day SMA ($48) will be a huge negative.

Cardano (ADA) is currently consolidating between the $0.13–$0.15 zone. The attempt by the bears to break below this zone on Aug. 12 was purchased aggressively by the bulls, which shows strong demand at lower levels.

During this leg of the up move, twice the consolidations lasted for about 27 days or more. The current consolidation has completed 18 days and if history were to repeat itself, the price might remain stuck in the range for a few more days before a breakout or a breakdown happens.

The 20-day EMA ($0.137) has flattened out and the RSI is just above the midpoint, which also suggests a balance between the bulls and bears. The next trending move is likely to start after the ADA/USD pair closes (UTC time) above $0.15 or below $0.13.

Today, the bulls have pushed the price above the downtrend line and are attempting to scale the overhead resistance of $22.93. If they succeed, a rally to $24.588 and then to $27.1905 is possible.

Both moving averages are rising and the RSI is in the positive territory, which suggests that bulls have the upper hand.

Contrary to this assumption, if the BNB/USD pair turns down from $22.93, the bears will make another attempt to break the 20-day EMA support.

The 20-day EMA ($0.16) is sloping up marginally and the RSI is close to the 60 level, which suggests that the momentum has weakened but the advantage is still with the bulls.

If the bulls can push the price above $0.176596, the uptrend is likely to resume with the next target at $0.20. Conversely, if the CRO/USD pair plummets below the support of the range, a drop to $0.13 is possible.