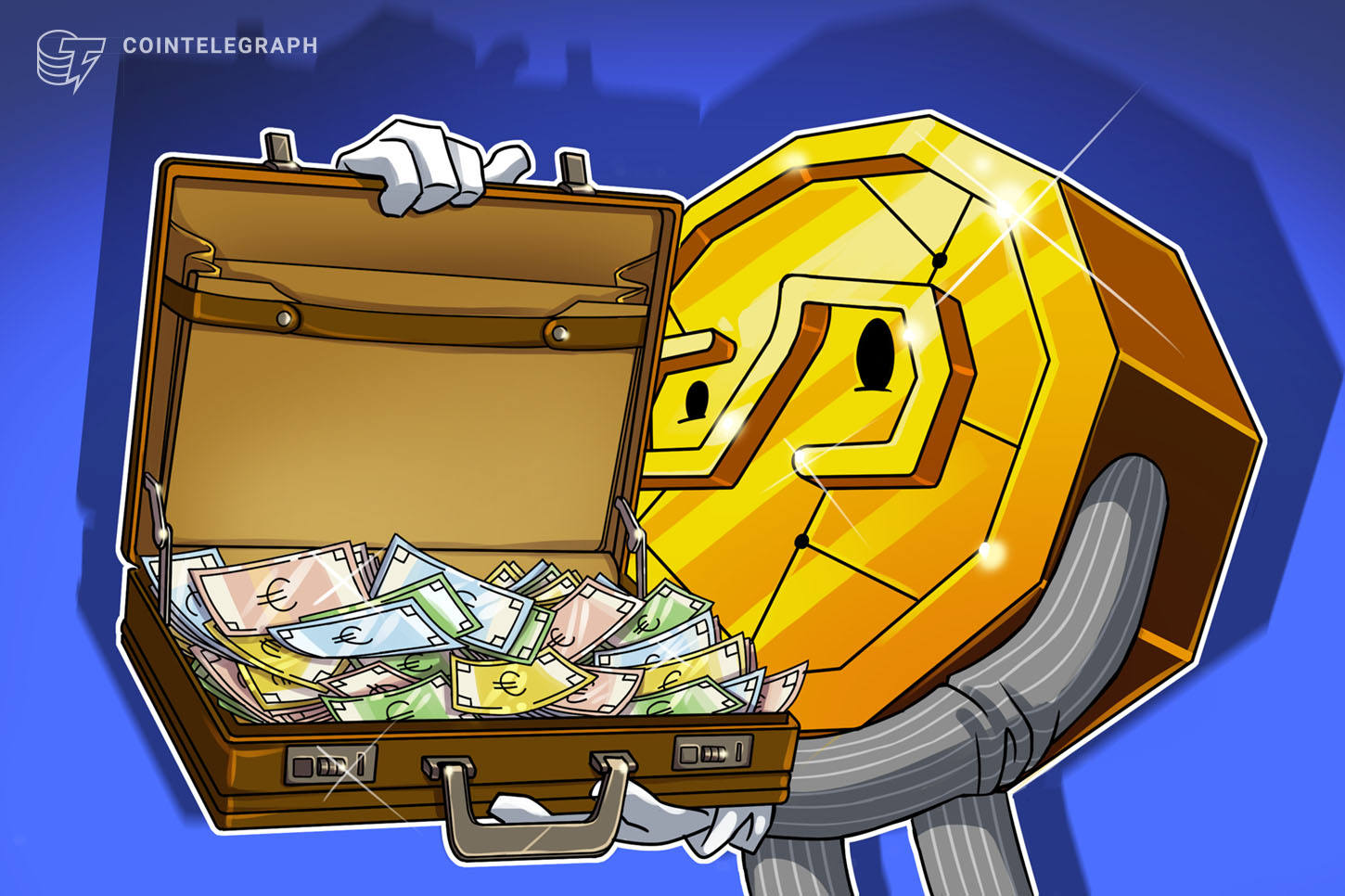 While Facebook’s Libra project might have shaken the United States government the most, the aftershocks were felt all over the world. The European Union was no exception: The publication of the first Libra white paper in 2019 led to the acknowledgment that the EU was not prepared for what appeared to be the first global stablecoin that would have a direct effect on the European financial market, retail payments and its overall economy.

In the words of both the European Council and the European Commission (the EU’s supreme political body and executive arm, respectively), “No global ’stablecoin’ arrangement should begin operation in the European Union until the legal, regulatory and oversight challenges and risks have been adequately identified and addressed.”

A stablecoin, as the most common definition goes, is a crypto asset backed by another asset. Due to the relative stability of its price, which is directly linked to the value of the pool of assets it is backed by, stablecoins can serve as both a store of value and a means of payment.

The main concerns shared by public institutions around the globe about stablecoins relate to money laundering, terrorist financing and other forms of illicit funding, tax compliance and sound governance rules — including stability mechanisms and operational resilience, as well as consumer and investor protection, data protection and fair competition.

Global stablecoins pose further challenges and risks to monetary policy and financial stability, as well as to the international monetary system as a whole.

At the same time, global stablecoin projects are not going anywhere, as they come in response to the significant challenges faced by current payment services. Most notably, cross-border payments are slow, expensive and often opaque, especially for retail payments such as remittances. Even today, there are nearly 2 billion people globally who are unbanked or underserved by financial services.

European crypto regulations at a standstill

Fast-forward to the turbulent summer of 2020, and we have seen the pressure for legal clarity around stablecoins growing bigger, with the European Central Bank calling for a “robust regulatory framework” so that the risks can be addressed before any such operations take place. Various member states — most notably, Germany — have also voiced their eagerness for the adoption of EU-wide rules governing cryptocurrency markets in the region.

Any delay in regulatory clarity has implications beyond the development of a specific project like Libra. Its absence poses a risk to any innovation coming from the private sector, especially in a fragmented legal landscape like the EU where forum-shopping can still be an issue. Curbing innovation is the last thing the EU would want right now, as it already feels international pressure coming from the United States and China.

Digital euro on the horizon

In parallel to the EU-wide crypto regulation discussions, central banks throughout Europe have started research into launching their own central bank digital currencies, or CBDCs. Pilot projects have been kick-started and task forces launched at the central banks of Sweden, France, the Netherlands, Lithuania and England, among others.

Most notably, that list also includes the European Central Bank — the central bank responsible for managing the euro and framing and implementing EU-wide economic and monetary policy. However, the ECB is not in a hurry with its digital euro project, which aims to be adopted by the general public for retail payments. According to its public statements, the ECB hasn’t even decided on the exact approach it’s going to take to develop it.

The argument is that there isn’t an actual need for the wider adoption of digital payment methods in the EU, as despite some exceptions, cash is still widely used across Europe, making the current payment systems appear efficient. The rough estimate is that the ECB’s retail CBDC project will take more than five years to complete. In comparison, the revamped Libra project is expected to launch by the end of 2020 or in the first half of 2021.

Are stablecoins and a digital euro really that different?

The main issue for actors from both the public and private sectors is that, in essence, they are trying to achieve the same thing by using different means: issuing either stablecoins or CBDCs. The Libra project and the ECB are both looking for ways to exercise control over retail digital payments, especially where cross-border retail transfers are concerned.

Therefore, the ECB can consider Libra both a competitor and an ally. The risk is that by launching first, Libra’s euro-backed stablecoin will be Europe’s de facto first retail digital euro, but it won’t have to rely on traditional EU financial institutions for its mass appeal and fast adoption. As a result, the Libra Association would gain disproportionate control over online and mobile payments, using the preexisting networks of its current and future member companies and organizations.

What can Europe learn from China?

However, this doesn’t mean that the news is entirely bad for the ECB’s issuance of a retail digital currency — Libra could also be an ally that would allow for the broader adoption of a retail digital euro. The updated Libra whitepaper hints at that possibility, foreseeing a future in which CBDCs can directly integrate with the Libra network, effectively removing the need for Libra to manage the associated fiat reserves, thus reducing credit and custody risk.

This means that when the ECB develops a digital euro, it could replace Libra’s euro reserve within the existing Libra digital payment infrastructure. This would partially solve the issuance problem that many central banks are grappling with — namely that private banks across Europe can decline the distribution and use of a CBDC.

In this way, the EU would have a two-tier method, similar to what is planned for the distribution of China’s digital currency. The two-tier model, as is the case with China’s CBDC, depends on both commercial banks and private actors to circulate the digital currency. Commercial banks would play the role of conversion agencies, helping convert cash in circulation into the CBDC and vice versa, making them an integral part of the broader distribution process.

Because private actors, namely Alipay and WeChat Pay, already account for more than 90% of the mobile payments market in China, the launch of the Chinese CBDC can also be seen as a way for commercial banks to regain their market positions. Recent reports of antitrust probes against both Alipay and WeChat Pay indicate that this might just be the case, especially as the launch of China’s CBDC is approaching.

Public-private partnerships as a way forward?

The ECB has always considered the fragmentation of the EU banking system an issue. The issuance of a digital euro and the creation of an infrastructure that involves both central and commercial banks in its distribution might prove useful for overseeing the common monetary policy and price stability in the union. It will also ensure that the intermediary role of the existing banking sector will not be wiped out overnight as its fiat deposit systems become less competitive.

Depending on the issuing method, a CBDC can also serve as a way of boosting the competitiveness of preexisting financial service providers and commercial banks, as they will have a set role in its distribution.

At the same time, the broader adoption of the Libra euro is almost inevitable, as it will provide an easy-to-use payment method that will require nothing more than a mobile phone. It’s easy to imagine a scenario in which the Libra network takes a dominant position in EU mobile payments, especially as its network and use cases will be built around the existing product and service ecosystem of the Libra Association. That is, of course, if the Libra project is allowed to legally operate in the EU in the first place.

The above is an example of one possible future development that will include both stablecoins and CBDCs, effectively creating a type of EU-wide public-private partnership that would facilitate the faster adoption of digital currencies across Europe.

Navigating the risks and opportunities of all the possible scenarios requires regulatory certainty for the parties involved. Libra might be the most obvious embodiment of both regulators’ and central banks’ worries when it comes to stablecoins, but it’s by no means the only one. In theory, every retail stablecoin project poses similar risks to economic stability, if not to the whole union then to specific member states or particular services.

At the same time, not regulating or over-regulating the EU cryptocurrency market, particularly the stablecoin market, has other negative side effects. Stifling innovation by restricting business opportunities is not something the EU should be doing in this economic climate.The balance might be tricky to achieve, but the EU doesn’t have much more time to get on the right track.

Vyara Savova is a human rights and technology lawyer based in Europe. For the past few years, she has worked on privacy and regulatory issues, focusing on blockchain and crypto projects. In her free-ish time, she’s a devoted legal hacker and an appreciator of long walks with a coffee in hand.