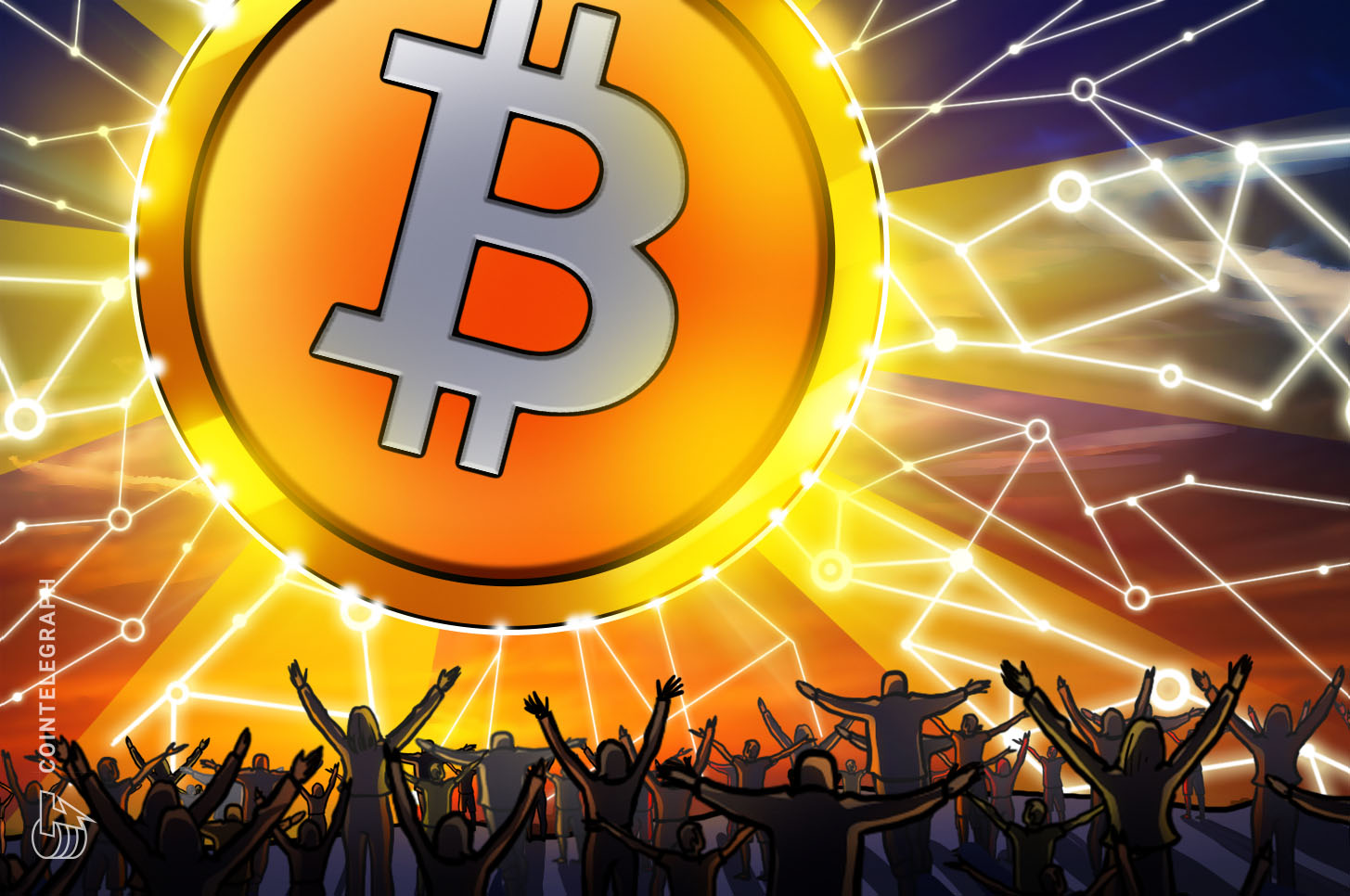 Another ad for cryptocurrency has appeared in print media, this time without promoting a specific business or service.

A full-page ad for Bitcoin (BTC) appeared on the front page of the Hong Kong-based tabloid-style newspaper Apple Daily today. Though the text appears to be educating readers about BTC, there is no apparent mention of where or how to buy the coin — only a picture of the city’s skyline below an image of a paper airplane flying to the moon.

“Bitcoin will never ditch you,” the ad stated in English above the name of Satoshi Nakamoto, while adding in Cantonese: “Banks, you’re not ditching me today — I’m ditching you.”

“Bitcoin is digital money. It is not issued or controlled by any government or corporation. Nobody can stop you from transacting on the network and it cannot be shut down. Bitcoin is available to anyone regardless of their nationality, gender, or beliefs. 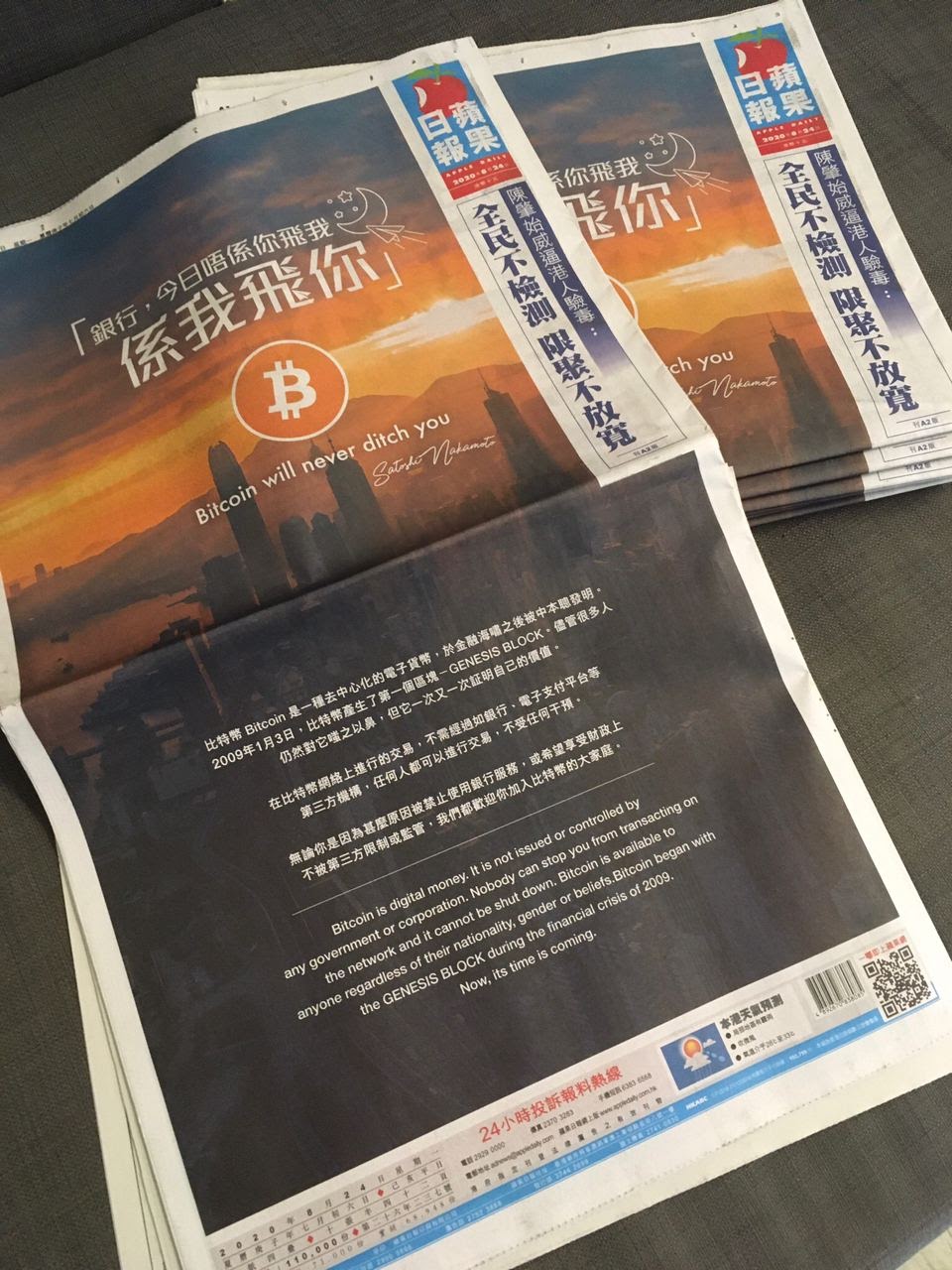 The Apple Daily is one of the largest print media in Hong Kong, but it has become even more popular since its CEO was arrested two weeks ago.

Billionaire and Apple Daily CEO Jimmy Lai was arrested on Aug. 10 for alleged violations of HK’s controversial National Security Law. The newspaper’s offices were also raided by authorities the same day. His detainment was seen by many as part of a crackdown against pro-democracy figures in the special administrative region.

In response, Hong Kongers showed support for Lai and the free press by lining up early to buy issues of Apple Daily, and also shares of Next Digital — the parent company responsible for the newspaper. Their efforts caused the price of the company’s stock to surge by more than 1,100%.

Lai was released after 40 hours in custody. However, his arrest and the support for the newspaper as one of the independent news outlets in the midst of ongoing protests may partially explain why someone chose the Apple Daily for a prominent Bitcoin ad.

The ad’s messages of “nobody can stop you” and not being controlled by any government may very well resonate with young protesters looking for an alternative to traditional finance.