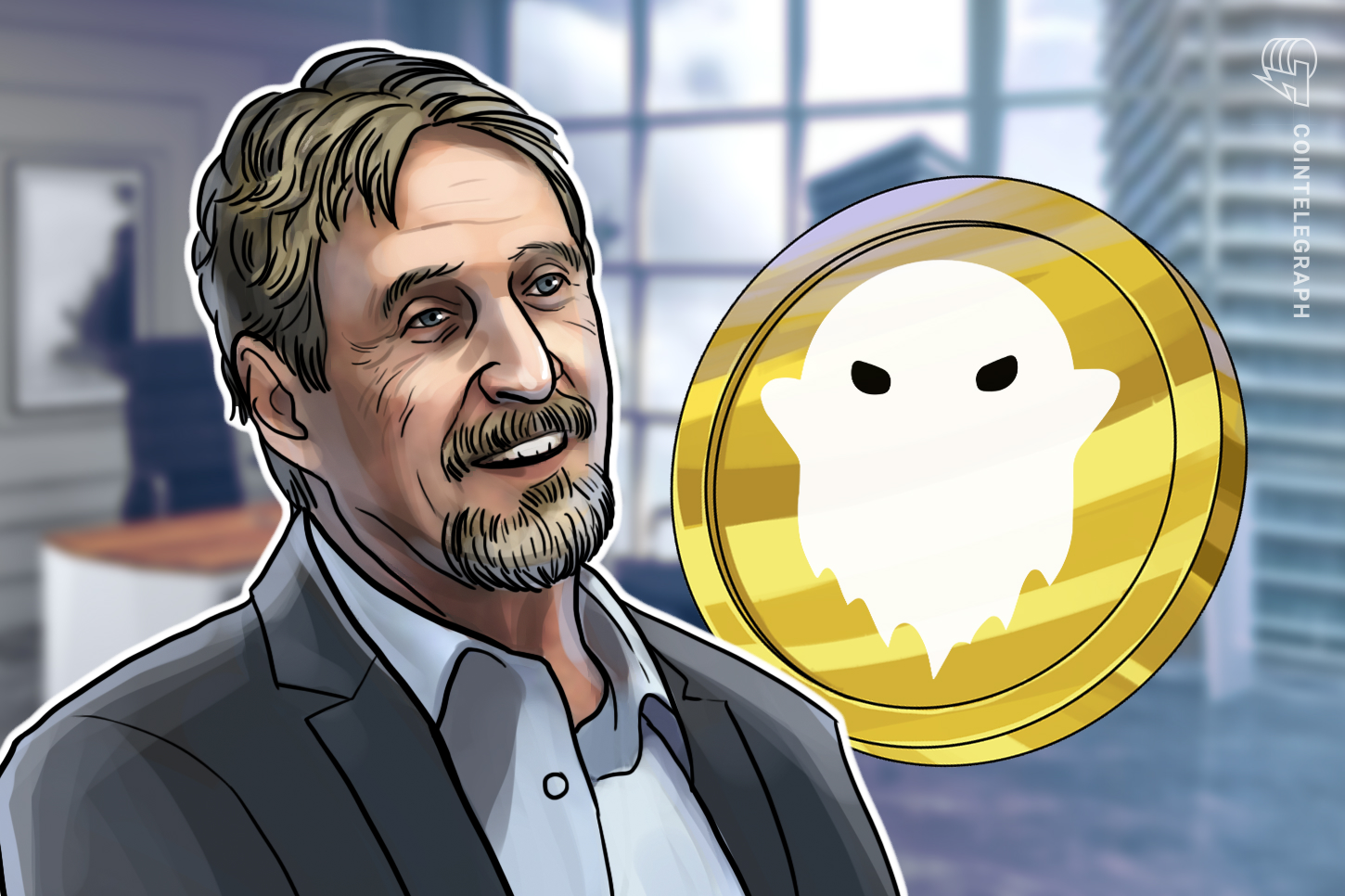 Several days ago, technology pioneer and crypto advocate John McAfee departed his own privacy-focused asset, Ghost. He has since clarified, however, that he did not leave the endeavor entirely.

“I have not abandoned the Ghost privacy ecosystem, only the GHOST privacy coin,” McAfee told Cointelegraph in an email following his exit. “The ecosystem is centered on our Ghost cell phone service,” he explained, noting that the service will continue.

McAfee seemingly left the endeavor in a huff on Aug. 19, stating “I am abandoning the the Ghost project” His tweet cited inept management and forecast the project’s doom.

“The Ghost coin project was led by Josh Case. He is involved in multiple projects – Clearpoll – a blockchain based polling system, Ethershift, Ethershare and other irrelevant projects. When I demanded that he abandon them and focus on GHOST he refused. I finally gave up and abandoned it.”

As the end of 2020 grows near, time dwindles on McAfee’s Bitcoin bet — leaving the tech guru with an unpleasant consequence if the asset does not reach $1 million per coin by Dec. 31, 2021. McAfee, however, recently claimed he never actually thought the asset could reach $1 million.