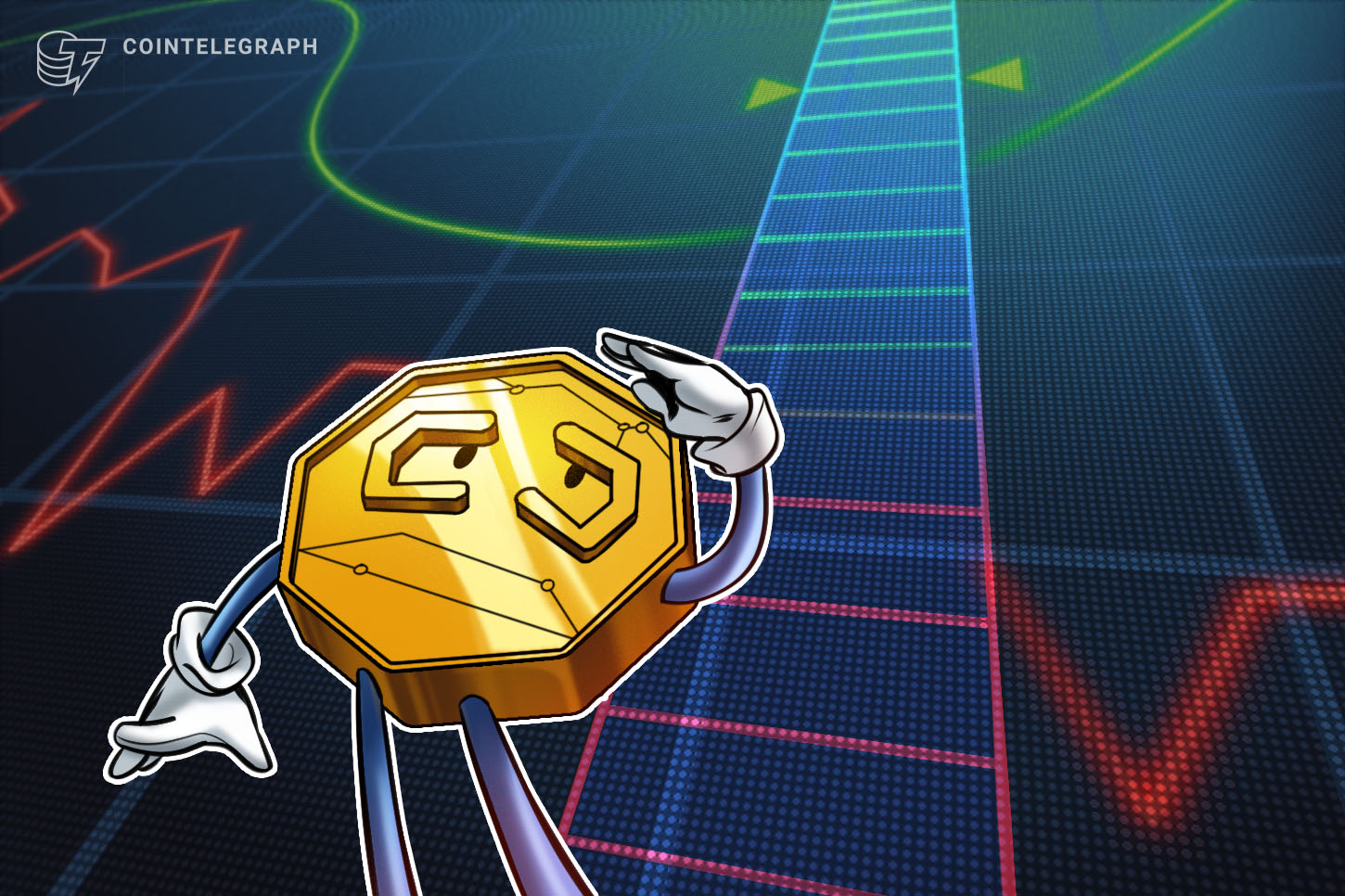 In the last 24-hours Aave (LEND) token rallied to a new all-time high after surging 30% from $0.59 to $0.77. The strong upside move comes as Bitcoin (BTC) and most altcoins are in the red, having lost momentum as the U.S. dollar bounced.

The most recent rally seems to be driven by the news that the decentralized finance lending and credit protocol received an Electronic Money Institution (EMI) license from the U.K. Financial Conduct Authority (FCA). This allows Aave’s parent company, Aave Limited, to “issue electronic money (e-money) and provide payment services.”

Currently, Aave users can lend or borrow digital assets with no third party involved. LEND token is a governance token which allows its holders to vote on the platform’s future and specific changes related to the ecosystem.

While LEND only provides voting rights at the time, more functionalities may be added if the users vote for them.

According to Aave CEO Stani Kulechov, the FCA approval aligns with the company’s future plans for the protocol and will help to bring new partners into the ecosystem.

However, there has also been other relevant news about Aave in recent months, which explains why LEND token has risen by nearly 5000% since the start of 2020.

The company recently launched their Aavenomics proposal which, if approved by token holders, will bring many changes like the addition of rewards for LEND holders.

“Aave will also be making credit delegation possible, where party A can delegate their credit line to party B, who can borrow against it. This will all be made possible by a legal agreement via OpenLaw. For example, a credit delegator could be a party that wants to build up more credit, and a borrower could be a business, NGO, government, institution, etc.”

Is DeFi overdue for a correction?

While LEND has seen a good few weeks in the price charts, the majority of cryptocurrencies are correcting as Bitcoin price drops below the key $11,400 support.

Some analysts believe that the current ‘altcoin season’ is reaching an end. Digital asset data company, Santiment, recently suggested that Bitcoin will soon start to regain its dominance over the entire crypto market.

According to Santiment analysts, the profits gained from the astronomical rallies seen from many DeFi-related tokens will quickly flow back into stablecoins and Bitcoin.