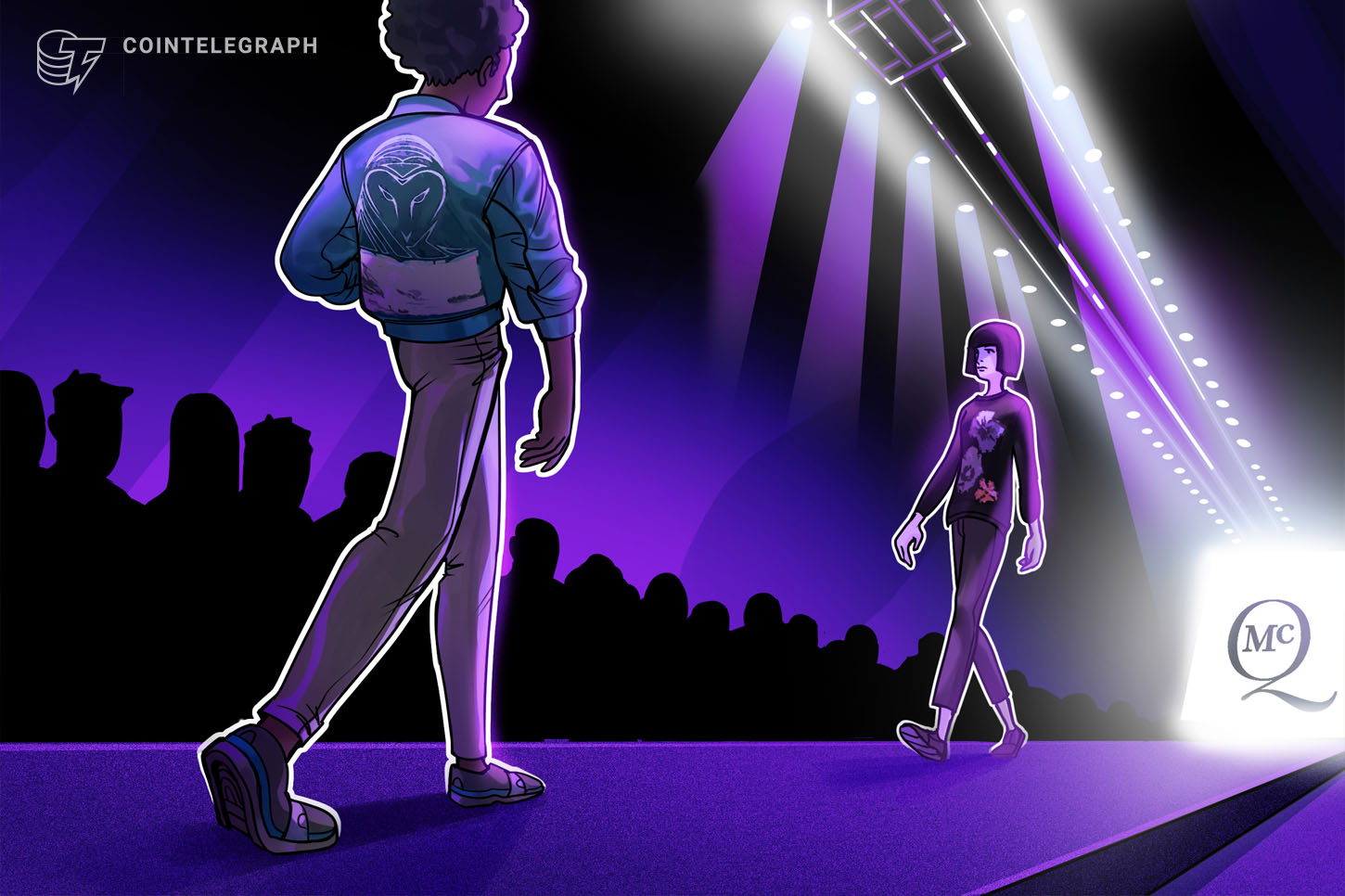 While the concept of decentralization has been demonstrated within collaborative sectors like the gaming industry, where participants are given a voice, it’s notable that a major fashion house has decided to use blockchain and its underlying values to give creative collaborators freedom of expression.

On Sept. 3, Alexander McQueen launched a new technology-driven label called MCQ. The brand is a first of its kind, as it’s backed by a blockchain-based platform that enables both designers and consumers to securely register and trade clothing. Moreover, the MCQ label isn’t controlled by a few designers, but rather each piece of clothing comes from a hand-picked selection of budding creatives, bringing together a community of like-minded individuals.

A spokesperson told Cointelegraph that MCQ is more than just a fashion label, as the brand is powered by a blockchain-based digital platform called “MYMCQ”:

“The label, the collaborators, the correspondents, the collectors, the engagers all meet on the MYMCQ platform. It even goes beyond the single use of blockchain. We have worked on the best way to design a streamlined customer experience and have built our stack of technology based on that.”

While the MYMCQ platform ultimately serves as a collaborative marketplace for up-and-coming designers, blockchain startup Everledger has partnered with MCQ to help ensure that the platform accurately records each piece of clothing listed for purchase. An Everledger spokesperson told Cointelegraph:

“MYMCQ runs on a customized version of Hyperledger that we’ve developed, based on its track record of provenance and traceability solutions for several industries. It’s a similar tech stack as the one used to track diamonds but with a custom implementation for MCQ.”

According to Everledger, each MCQ clothing item will be given a unique identity that’s recorded on the blockchain. Once a secure and permanent digital record of each item is recorded, consumers are able to see the clothing’s lifecycle, from when and where the piece was designed to which collection it falls under. Consumers can even see if the item was previously purchased, allowing them to learn about its resale history.

This becomes possible because all MCQ items are NFC-embedded, allowing each garment to act as a gateway between the physical and digital worlds. Consumers simply need a smartphone to scan the product tag placed on the outside of the garment. Once scanned, consumers will receive in-depth information about the item.

Ultimately, blockchain enables consumers to understand where their clothing comes from and whether or not these items are authentic. This solves the issue of counterfeit designer goods, which is a trillion-dollar industry globally. MCQ elaborated:

“Consumers can be confident they’re purchasing authentic items, regardless of whether they’re being sold directly from MCQ or second-hand via another consumer, helping to combat counterfeit luxury goods. By enabling the easy resale of items between consumers, MCQ hopes to encourage a more mindful consumerism.”

Moreover, MCQ explained that the MYMCQ platform has community aspects built in as well, for both the designers and consumers. For example, the platform functions as an open, digital ecosystem, allowing fashion designers to create their own products and even curate music for launch parties.

Consumers, also known as “collectors” on the platform, are able to register each of their purchased MCQ items under their own digital collection. “We want the collectors to fully engage with the content we are offering on the platform,” said MCQ.

The rise of “Web3” brands

What’s even more interesting about the MCQ label is that it demonstrates the coming of a new era, one that will be dominated by “Web 3.0” brands, powered by people rather than products. A recent Cointelegraph Magazine feature described the rise of Web 3.0 brands, noting that the Web 3.0 social movement will enable a decentralized internet where content and value can easily be shared: “Web3-enabled brands may provide a glimpse of how ‘the interplay between the user and the provider’ can be fully realized in the future.”

What’s more, some Web 3.0 brands are already starting to appear. For example, MetaFactory is a crowdfunding platform for community-driven fashion brands. Products are represented as tokens called “$token” and are sold based on free market dynamics. While MetaFactory and other Web 3.0 brands demonstrate how digital currencies can be applied to engage with communities and make purchases, MCQ is notable, as it may be the first major fashion house to adopt this mindset.

According to Everledger, the company has conducted several pilots with other fashion brands, but MCQ is the first full implementation from a leading luxury group. MCQ further noted that the MYMCQ platform was developed in less than a year with the goal of providing consumer experience while also removing friction linked to the consumer goods industry. “This includes counterfeit, provenance and reliance on social media to engage with an audience,” explained MCQ.

Everledger further mentioned that blockchain-based platforms such as this are ready to be deployed and implemented, yet the only thing hampering growth is a change in consumer mindset:

“The push towards mainstream adoption is really going to come from a change in consumer mindset, as we continue to see increased demand for greater transparency, autonomy, sustainability and re-commerce. These are the broader trends that will end up positively influencing the adoption of blockchain.”