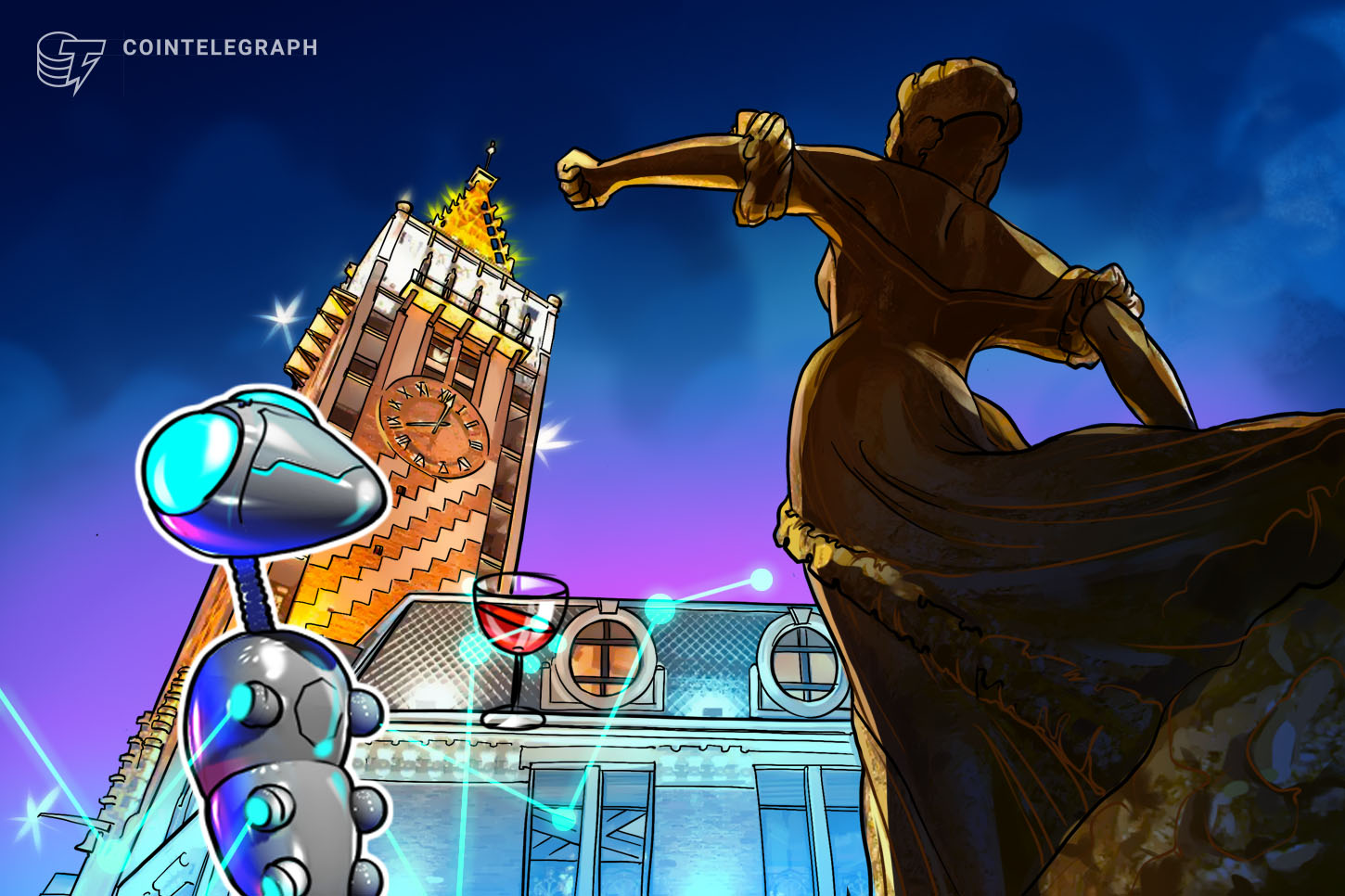 Located at the intersection between Europe and Asia, Georgia is a small country with a big mission to drive blockchain adoption and education. In February 2017, the government of Georgia made a bold move by signing an agreement to use the Bitcoin blockchain to record land titles, making it the first national government to use blockchain for authenticating state operations.

Georgia’s innovation didn’t stop there, rather continuing to grow as the country became a powerhouse for mining crypto. Then, in June 2019, the government of Georgia signed a memorandum of understanding with blockchain technology firm Input Output Hong Kong, or IOHK, to advance blockchain projects across government sectors, with a large focus on education.

Many of these innovations took place when Mamuka Bakhtadze served as the country’s prime minister, between June 2018 through September 2019. Cointelegraph had the pleasure of sitting down with Bakhtadze to learn more about his goals to drive blockchain innovation and education.

Rachel Wolfson: How did you start implementing blockchain and digital currencies into policy when you were Prime Minister of Georgia?

Mamuka Bakhtadze: This actually started before I became prime minister of Georgia. Georgia is the first country that introduced blockchain technology in public services. That happened a few years ago, when we partnered with the blockchain company Bitfury.

Our Ministry of Justice implemented Bitfury’s blockchain to register and verify property transactions. This was the first time not only for Georgia, but for any state to implement blockchain in the public services sector.

RW: You recently spoke at the virtual Davos event this year about taking blockchain further; what can the future hold?

MB: Georgia is a very good example of the limitless opportunities associated with blockchain, especially within the public services sector. Currently, we are implementing a very important project in the education sector together with IOHK and Charles Hoskinson, who is a very good friend of Georgia. Together with the Ministry of Justice and Minister for Education, we are implementing the credentials verification project. The team is using a Cardano-backed blockchain for this.

“Overall, we have a vision to make Georgia a regional hub for business, trade, tourism and finance, which are all important for innovation. It’s also important for the companies who are involved in innovation here to have access to a pool of talented individuals.”

When you want to make a transformation for your country, it’s very important to have a national idea that will consolidate the energy and effort required for it. In our opinion, this was education. In 2019, we initiated an education reform, and now, according to our legislation, it is mandatory for any government to invest 6% of GDP in education, which is around 25% of our budget.

So education is really a big element for Georgia. With this reform, we hope that we will be able to position Georgia as a hub for innovation, and blockchain plays a large role in this. The project that we are doing now with the Input Output team is very important from that perspective.

RW: Is Cardano and IOHK also setting up an education center in Georgia, where they’re teaching students about blockchain and then providing career opportunities?

MB: This is part of phase two of the plan. The first phase, as I have mentioned, is to finalize this project for credentials verification. The next phase will focus on the skill-building process for Georgians who would like to become part of this great initiative.

RW: Is the Georgian government also looking to implement blockchain solutions to revive tourism and travel that may have been impacted by COVID-19?

I think blockchain can provide some very interesting solutions to this problem. Many countries are now trying to get data showing whether people have been tested for COVID-19. They also want information to show whether people have been living in so-called “high-risk” zones. At the same time, this is very sensitive data. Therefore, the security and safety measures of how to use this data is very important.

Blockchain can provide some interesting solutions for countries like Georgia who are so dependent on tourism. I know that there are some Asian countries that are working very intensively on these solutions. Georgia should also determine which technologies we will have to use to increase our visitors again. I think that blockchain would be the right answer to this question.

RW: What are your thoughts on Bitcoin and cryptocurrency in general, and how is this being applied in Georgia?

MB: I’m a strong advocate for digital currencies and I have many strong arguments for being so supportive. It’s a fact that we are living in the era of the Fourth Industrial Revolution. Digital currencies are an inevitable part of this era. At the same time, the lessons learned from the previous industrial revolutions are very interesting.

“The technologies introduced in the first industrial revolution were struggling for decades to close the economic gap that stood between them and industrial relations. Still, the gaps that we are observing between countries and economies have the same roots. Therefore, it’s my understanding that the fourth industrial revolution is the greatest opportunity of all.”

However, for countries like Georgia, the use of digital currencies — an organic part of the fourth industrial revolution — should become part of the transformation for both nations and their economies. Moreover, what we are learning now from the COVID-19 pandemic shows that the global economy needs digital currencies and cryptocurrency, which will make transactions safer and more efficient. Therefore, I think that it’s an inevitable process.

Of course, there are a lot of barriers, and I really do hope to see more of an open-minded approach from governments and regulators when it comes to digital currencies. But the bottom line is that all of us should understand that this move is inevitable. The countries who will be more supportive of digital currencies and cryptocurrencies will have a very significant competitive advantage in the 21st century. Georgia cannot afford to miss this opportunity.

RW: So would you say Georgia is crypto-friendly? Are digital assets going to be adopted in Georgia earlier than other places in the world?

When it comes to regulations, politicians everywhere in the world and in Georgia should be more open-minded. Once again, the pandemic has shown us why. The global economy needs digital currencies now.

“The minister of finance, together with my team, have crafted a brief concept of what type of national digital currency Georgia could have. I do hope that one day in the future, this project will be implemented.”

There are also a number of other initiatives. Of course, I would like to see Georgia as a frontrunner when it comes to blockchain and digital currencies.