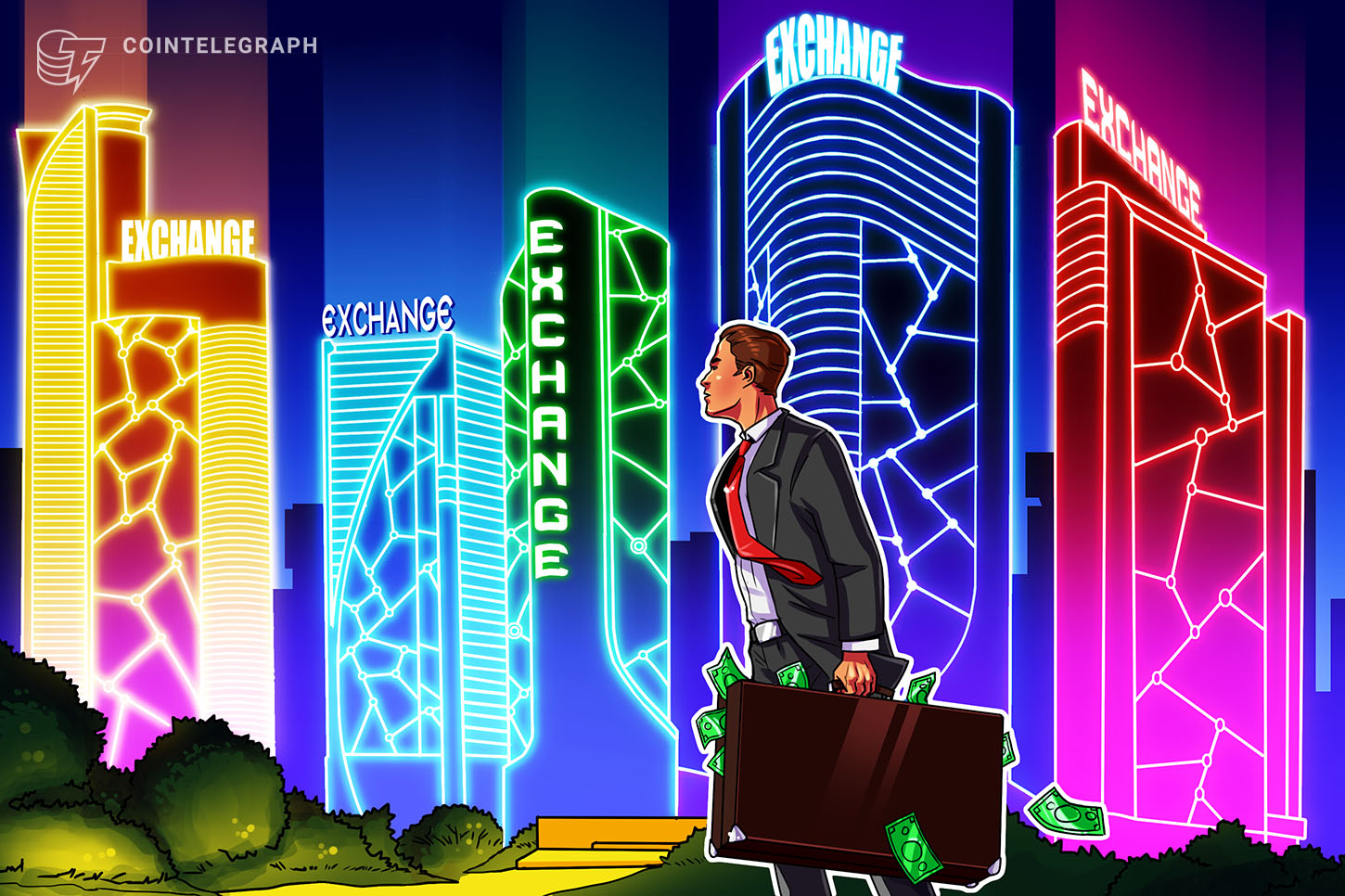 One of the most groundbreaking advancements to come out from within the realm of blockchain technology is the concept of a decentralized exchange. In its most basic form, a DEX can be thought of as a cryptocurrency buy/sell platform that allows its users to facilitate monetary exchanges without the need of any assets having to make their way to the exchange itself, reducing the risk of thefts, hacks and other human-related errors. Furthermore, owing to their intrinsic design, DEXs are better equipped to prevent issues such as price manipulation, trade volume inflation, etc.

Similarly, from an operational standpoint, it’s important to understand that there are essentially two types of DEXs. The first one simply matches the orders of various buyers and sellers — with the entire process carried out on-chain. Examples of this type of DEX include EOS’ Dexeos and Newdex.

The other type of DEX makes use of funding pools rather than order books, whereby their operations closely mirror human-machine transactions. Uniswap is widely considered to be the flagbearer of this kind of decentralized exchange, especially since its launch has helped spur the emergence of this market as a whole.

To put the popularity aspect of decentralized exchanges into perspective, it is worth noting that the DEX sector as a whole raked in a combined trade volume of $2.4 billion in 2019, according to Dune Analytics. As a result, a number of the world’s top crypto exchanges such as Binance and OKEx also ended up launching their very own decentralized counterparts.

Data for August 2020 alone shows us that DEX platforms witnessed more than $11.6 billion in monthly trade volume. Not only that, the aforementioned numbers clearly showcase a 152% month-over-month increase when compared to July’s total trade volume of $4.4 billion.

In this regard, it is worth noting that Uniswap alone reported a 283% volume increase in August, hitting a total volume of $6.7 billion and breaking its previous record, set during July, in less than 14 days’ time. Not only that, thanks to the above-mentioned surge, on Aug. 30, Uniswap’s trade volume surpassed that of Coinbase Pro.

Uniswap is a fully decentralized protocol that has been devised atop the Ethereum blockchain. It allows for automated liquidity and is currently the largest decentralized exchange by trade volume.

In terms of its operability, the platform is extremely easy to use. To start things off, users need to install a Metamask extension since all monetary transactions will occur via the decentralized wallet. Once done, users need to click the “Launch app” button and then they will be automatically guided to the “Swap/Pool” page.

Users are then required to connect their Metamask wallets to Uniswap and then facilitate their desired transactions. The entire process is streamlined and the output tokens are directly received in a soft wallet without the funds ever making their way through the exchange.

While the exchange is fairly simple to use, it might be a bit challenging for first-time users to find their way around the platform. Also, Uniswap’s general user interface and overall design leave room for improvement. That being said, most of the issues related to exchange are minor and should not cause users any major inconvenience.

According to data available online, Uniswap’s recorded transactions were worth $5.2 billion over the course of the past seven days. Additionally, during this time period, it was found that a whopping 72% of all DEX-based trade activity took place on the platform. At press time, Uniswap houses a total of 91,000+ active traders.

Lastly, it is worth noting that since Aug. 27, Uniswap’s daily trade volume has been on the rise, gaining ground from $181.9 million to a whopping $1.01 billion, thus showcasing a fivefold value increase.

A relative newcomer to the DeFi space, Curve is basically an exchange liquidity pool built on the Ethereum blockchain and designed for fast, hassle-free stablecoin trading. The platform has made a name for itself over the last few months, thanks in part to the meteoric surge of the Compound governance token, COMP. In fact, as Cointelegraph reported earlier, the platform’s daily trade volume increased by 50 times between June and July.

To start using the platform, users are required to connect their wallets (Metamask, Ledger, Trezor, Dapper, etc.) to the app and facilitate their desired token swaps by using the “From/To” tabs on the home screen. However, Curve has an archaic interface, possibly on purpose, resembling a website from the early 90s. As a result, users may have to get familiar with the platform first before they can start swapping their tokens.

Furthermore, it’s worth noting that Curve is a liquidity aggregator, which means it seeks to increase the creation of its liquid assets by offering users a variety of incentives. In this regard, Curve employs a novel market-making algorithm that helps bolster the liquidity of its markets at all times, unlike traditional decentralized exchanges that are designed to essentially match buy/sell orders.

Curve accounts for a formidable market share and boasts of a weekly trade volume of around $1.15 billion. Also, the total number of unique addresses that traded on the platform over the course of the last seven days currently stands at 1,424. Lastly, during the month of August, Curve posted an impressive trade volume of $1.86 billion.

The Balancer protocol is designed to help users swap their ERC-20 tokens in a trustless way across all of the platform’s native liquidity pools. In terms of its operability, Balancer is also designed to work in a similar way to Curve. However, its overall user interface is arguably more sophisticated and aesthetically pleasing. To start with, users are required to connect their hard/soft wallets to the app, after which Balancer makes use of a smart order routing protocol to route users’ trades to the pools that provide the best rate possible.

In layman’s terms, one can think of Balancer’s native monetary pools as being self-balancing index funds, which incentivize users for increasing the platform’s liquidity instead of charging them a fee.

Since entering the DEX market, the platform has quickly garnered a following with its native associated token, BAL, even recording gains of 118% during the last 30-day stretch.

Additionally, over the course of the last seven days, the exchange has recorded a total trade volume of $384 million while displaying a market share of just over 7%. Lastly, during the month of August, Balancer recorded daily exchange totals ranging between $40 and $79. However, on Aug. 22, the platform hit its all-time high volume of $190 million.

Much like many of the other entries on this list, 0x, too, is an open protocol that is designed to facilitate low friction peer-to-peer digital asset exchanges in a totally decentralized manner, running on the Ethereum blockchain. What distinguishes 0x from the rest is the fact that it allows users to save on peripheral gas fees (while reducing the network load) by making use of an off-chain ordering relay system. Additionally, 0x also requires users to connect their wallets to the app and then perform their desired token swaps.

That being said, 0x provides customer support in real-time in case users face any operational difficulties. All users have to do is simply drop the support team a message via the “Query” tab located at the bottom right side of the screen.

In terms of the platform’s recent monetary performance, 0x’s weekly trade volume currently stands at the $183-million mark. Similarly, the exchange currently has a market dominance ratio of 2.86%, as well as an active trader pool of over 500 individuals.

The Kyber Network has been around since the advent of DeFi tech and can be thought of as a simple tool that enables users to facilitate instant token swaps without the need of any intermediaries. The platform allows vendors to receive various types of crypto while designed to be fully compatible with a vast array of smart contracts, even though the system is primarily Ethereum-based.

The platform is trustless because it does not require any monetary transactions going through its native interface. Instead, users can directly connect their wallets to the app and process token swaps in a totally decentralized fashion. In addition to various DApps, vendors and wallets, the Kyber protocol is also designed to readily integrate with other DeFi exchanges, such as Uniswap, allowing them to share their liquidity pools.

Kyber recently announced that it now allows users to buy/sell a cross-chain Ethereum-compatible token that can enable crypto enthusiasts to gain access to the burgeoning domain of cross-chain decentralized finance.

At press time, Kyber has a weekly trade volume of $113 million along with a solid active trader base consisting of over 2,000 people. Over the course of August, the platform’s daily exchange volume has consistently hovered around the $11-million mark. However, on Aug. 12, this number jumped to an all-time high of $24 million.