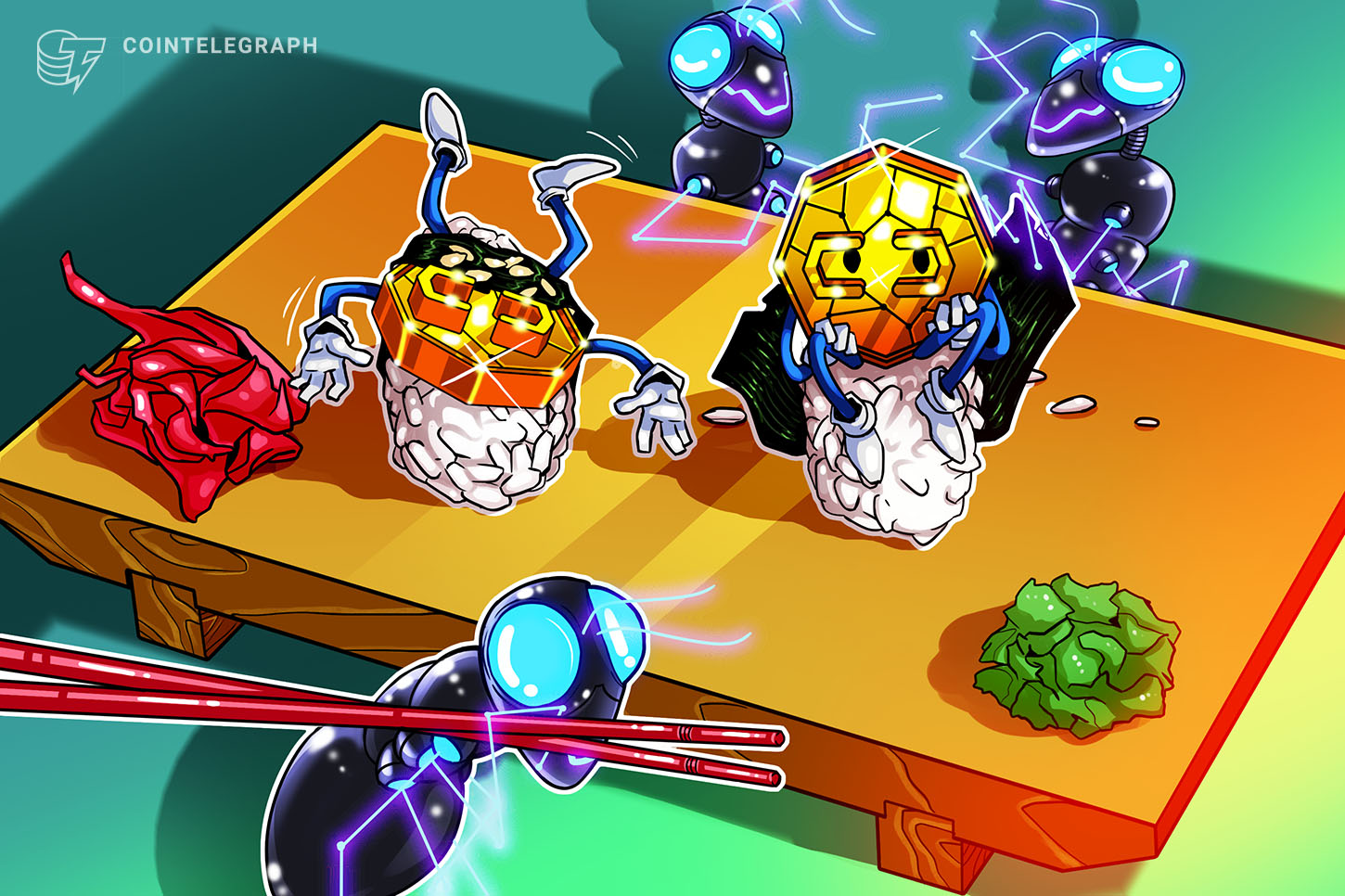 In recent weeks, talk of hotdogs, sushi and yams has infiltrated the crypto industry. Such references, however, are not as they seem and actually relate to assets in the decentralized finance sector of crypto. Over the course of 2020, DeFi has seen bubble-esque speculatory levels based on projects that may or may not hold long-term promise or stability. Opinions on the new hype surrounding food-themed tokens vary.

“We are seeing the emergence of an ecosystem with competing platforms, each with small variations to this basic concept. Since these exchanges are open source and hosted as smart contracts on the Ethereum blockchain, the cost of creating new and customized versions is basically zero and as a result, there are a huge amount of almost identical platforms.”

DeFi, as a sector of the crypto industry, focuses on providing crypto participants ways to borrow and loan digital assets, as well as earn interest on their holdings. As a result, new projects such as Sushi, Yam and others have popped up all over the place, with speculators chasing the highest interest returns and coin pumps. One project’s asset, YFI, even jumped from less than $1,000 all the way up past $38,000 in a matter of weeks.

The concepts around these DeFi assets can be difficult to understand. Essentially, DeFi products allow crypto holders to lock up their digital assets and earn interest. In exchange for locking up these assets, they receive stablecoins as collateral to use while their digital assets sit while earning interest.

After receiving the collateral, users then might lock up that collateral on a new exchange, such as Uniswap. (Uniswap lets participants trade from person to person directly on the blockchain.) Locking up those stablecoins then results in the liquidity provider making those tokens usable for further interest-seeking activities.

All this activity works with various tokens, which have also surged in price. At its simplest form, DeFi currently lets participants borrow sizable amounts of capital, earn interest and benefit from rising token prices. DeFi has quickly become a sector worth more than $7 billion in value. Numerous DeFi assets, or assets related to DeFi, have grown drastically in price in 2020 — some of which are based largely on speculation.

With many new opportunities, unfortunately, comes the presence of scams and deception, with less-than-honest parties looking to capitalize on innovation. SushiSwap serves as a recent example. SushiSwap launched as a fork of Uniswap in late August 2020, amassing more than $1 billion of attention in a matter of days.

The project’s head, an anonymous character going by the name “Chef Nomi,” solely held the keys to a reported $27-million developer fund. Normally, this kind of fund sits under the control of certain checks and balances, such as blockchain voting requirements (a parameter preventing a single person from holding all the power).

Nomi left the role as SushiSwap’s leader shortly after its inception, taking approximately $13 million of the fund as payment for the work before leaving the project in the hands of FTX CEO Sam Bankman-Fried. The project completed its migration from Uniswap over to its own platform on Sept. 9, under the watch of Bankman-Fried. Additionally, surprising the public, Nomi returned the funds on Sept. 11, offering multiple apologies.

Although SushiSwap does not appear to be an outright scam at this point, other projects have shown signs of being fraudulent. Yfdexf.Finance disappeared on Sept. 10, stealing $20 million from participants after a multi-day run of deceptive and false social media promotion. Such cases back Vays’ arguments of rampant Ponzi schemes. “There’s nothing there on the backend,” Vays said of the DeFi meme coin sector as a whole and projects’ lack of potential. “It’s worse than the ICOs.”

DeFi has reached peak bubble status, similar to the initial coin offering scene in 2017, which saw millions of dollars pumped into projects on pure speculation. “The DeFi bubble will pop sooner than people expect,” Ryan Selkis, the founder of crypto data company Messari, said in a tweet, mentioning the presence of Ponzi schemes and other antics.

Innovating among the hype

Some parties, such as Salter, however, do see promise held within the DeFi hype movement. “We are also seeing lending platforms, which allow anyone to lend out money with close-to-zero risk of the borrower defaulting on his loan,” Salter said, adding to his stance on the DeFi movement’s importance.

“On the other side, there is the opportunity for trading bots to simply borrow the money they need in order to execute a profitable trade, instantly paying back the loan after completion of the trade,” Salter noted. Such an automated and self-governing framework means efficiency, creating profit potential via arbitrage and other DeFi activities. Due to his focus on the mining sector of crypto and blockchain, Salter has only recently begun pursuing the DeFi space and the opportunity held within, stating:

“I know that I don’t understand it all, but even the concept of what is happening is astounding. Maybe DeFi is the ‘killer application’ that crypto has been looking for? On the other hand, let’s not forget that DeFi is a huge bubble. An exchange lives off its liquidity and ease of use. The ease of use is being worked on by many projects, but not many exchanges can have liquidity at the same time. Its a zero-sum game.”

The DeFi bubble can likely only grow so large before projects and platforms start dropping out of the game. This will, in turn, shrink the available avenues for profit, causing hype to fade, although decentralized exchanges will continue as a part of crypto going forward, Salter posited.

As seen in the past, from the dot-com boom in the late 1990s to the ICO mania in 2017, bubbles usher in some form of new technology or give current technology further notoriety. Although many projects, ideas and companies fail during such periods, the world is often left with some form of lasting innovation or benefit in the end.