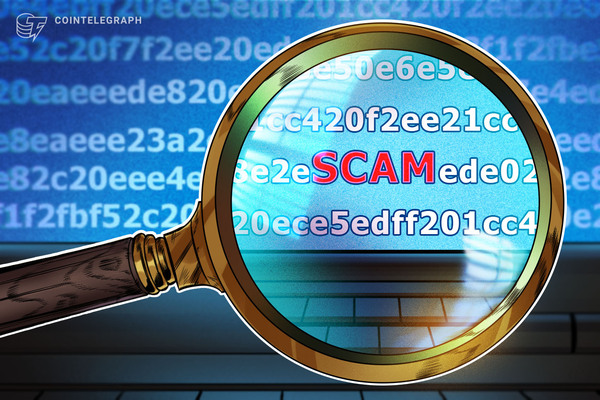 The Philippines SEC has released an official warning about Bitcoin (BTC) “cloud mining” company Mining City, advising the public to steer clear of the scheme and others like it. Despite the official condemnation, the price of a related cryptocurrency is on the rise.

The warning describes the company as an unlicensed entity in the country and said it was not functioning “in accordance with guidelines for virtual currency exchanges,” stating:

“The aforementioned scheme used by Mining City clearly shows an indication of a possible Ponzi scheme in which new investor money is used to pay ‘bogus profits’ to those who invested first.”

The notice also identified Mining City’s CEO Gregory Rogowski, team leader Anthony Aguilar, and Facebook page admin Jhon Rey Grey as key personnel involved in the scheme — all of whom will also be reported to the Bureau of Internal Revenue for investigation regarding their tax assessments.

The scheme offers cloud mining packages in the form of three-year contracts where hash power is rented to investors worth between $300 up to $12,600, and purports to provide daily returns of up to $92 per day. Mining City operates in partnership with MineBest, creator of the Bitcoin Vault (BTCV) scam, with investors receiving their profits in the form of BTCV tokens.

The regulator told the public “not to invest or stop investing in plans offered by Mining City or by entities that engage in smart contracts, cryptocurrencies or digital asset exchanges that are not registered with the commission,” adding that promoters could be criminally prosecuted with fines over $100,000 or imprisonment of up to 21 years.

In the two weeks prior to this warning, the price of BTCV plummeted 76% from $425 on Aug 23, to $100 on Sep 10. It has since risen to $163, suggesting the warning may not have been effective in deterring public interest in the scheme. On Mining City’s website, it states the program will continue to run even if its website is closed for any reason — implying that it is immune to government intervention due to its decentralized nature.

The Philippines SEC had previously flagged notorious Ethereum gas gazzler “Forsage” as a Ponzi scheme in July, however, it was stronger than ever in August boasting an expanded userbase of 390,000 users and a daily turnover of over $3 million. Forsage currently has over 1,900 daily active users on Ethereum (ETH) and 800 active users on Tron (TRX), according to DappStats.