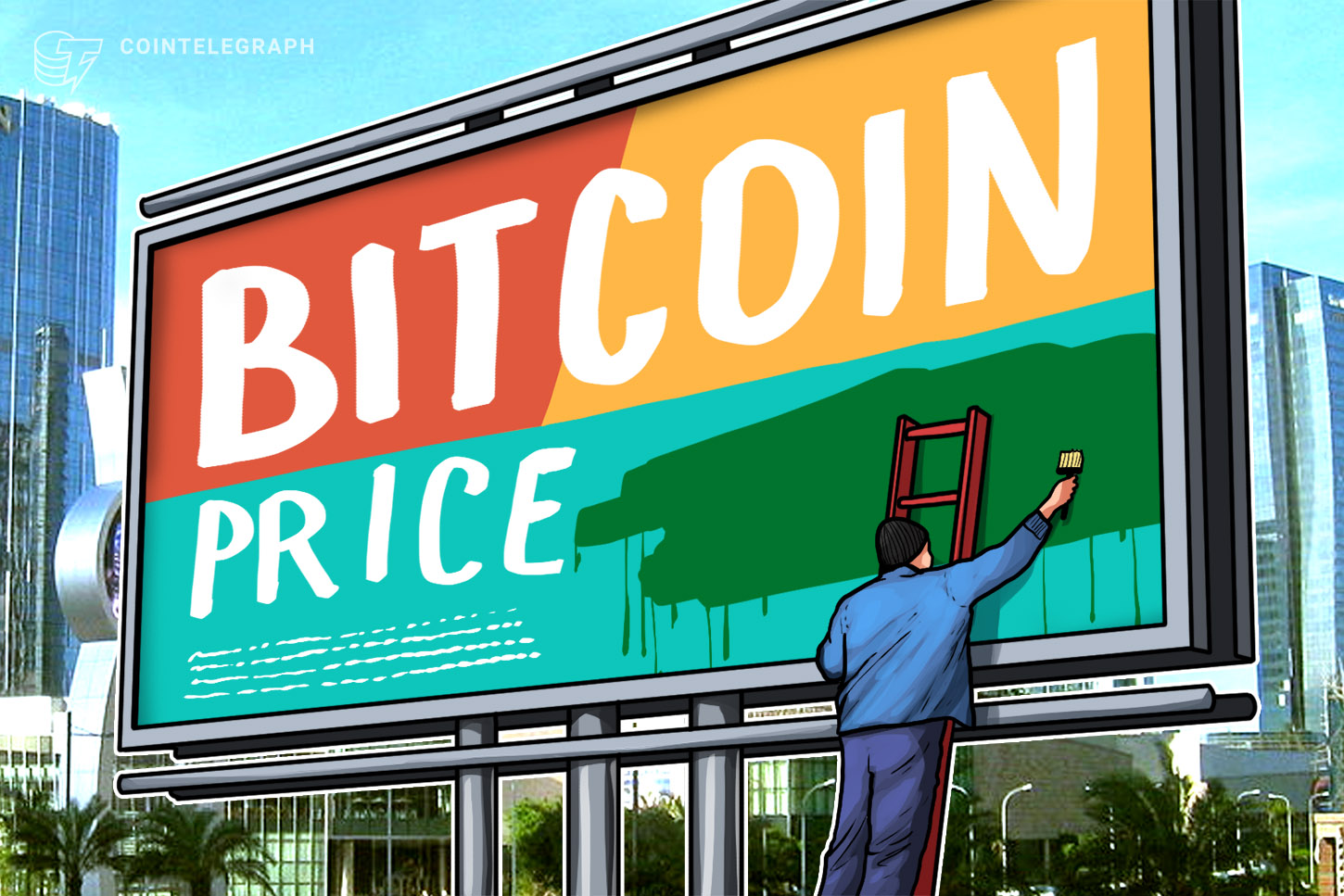 The price of Bitcoin (BTC) brutally rejected the $11,100–$11,300 resistance range with a 6% drop. Following the steep pullback, analysts remain cautiously optimistic toward BTC and the rest of the cryptocurrency market.

Analysts have generally attributed the short-term fall of Bitcoin to the uncertainty around the COVID-19 pandemic. On Sept. 21, the Dow Jones Industrial Average fell by over 800 points at the day’s lowest point. Bitcoin, gold and other risk-on assets fell in tandem, causing a sell-off across most asset classes.

The recent pullback was similar to the market crash in March wherein the majority of assets dropped altogether. Hence, analysts say that some progress in the development of vaccines or a new stimulus package could rejuvenate market sentiment.

The bullish case for Bitcoin

Speaking to Cointelegraph, John Todaro, head of research at TradeBlock — an institutional trading platform — said the near-term performance of BTC is conditional. Todaro believes investors are increasingly positioning for “more risk-off” assets due to a contentious election, lacking stimulus and rising COVID-19 cases. If the three factors continue to worsen, then Bitcoin will likely see a larger pullback.

But the price of Bitcoin could also recover in the short term if there are improvements in any of the three factors. For instance, if a stimulus bill is approved, it would immediately cause stock market sentiment to rapidly improve and, in turn, cause a BTC rebound. Todaro noted:

“Over the past few weeks we have seen declining equities with investors positioning more risk-off given the lack of continued stimulus for businesses, political instability associated with a likely contentious election, and the risk of rising COVID-19 cases in the fall and winter… if those three risks previously mentioned rise, then we will see a further correction; however, if there is progress towards COVID-19 vaccine/treatment, and more fiscal stimulus then this correction will likely have been the worst of it for some time.”

The current market dynamics of Bitcoin are significantly different from previous cycles because they are dependent on the traditional financial market. The overall sentiment of investors across various asset classes is moving simultaneously due to the pandemic’s economic effect. Strategists are unsure whether the recent resurgence of COVID-19 cases could cause additional restrictions and lockdowns in Europe and in the United States, but Wall Street is bracing for another potential downturn. Sam Stovall, chief market strategist of CFRA, told CNBC: “Things had to have changed for investors to be so nervous.”

The short-term bull case for Bitcoin would be a swift retest of the $11,100 resistance level. Bitcoin has tested the resistance area only once since its correction on Sept. 2. The resistance level will weaken if BTC continues to wear it down with repeated retests. For that to happen, the overall investor sentiment across various markets, including gold and stocks, has to improve.

Bitcoin has one potential catalyst that could ignite a rally despite the weakness of the traditional markets. In the past several days, decentralized finance tokens have plummeted in value. As Cointelegraph reported, even DeFi giant Yearn.finance’s YFI token and Uniswap’s UNI fell by 46% and 48%, respectively, within a week. The drop occurred as BTC rallied from $10,300 to $11,100, leading analysts to think the take-profit pullback of DeFi tokens is buoying the buying demand for BTC.

The cycling of profits from DeFi tokens to Bitcoin does not necessarily mean the market is rebounding. But Todaro noted that investors might be moving their funds to more reliable and stable assets, like Bitcoin. If the trend continues, there is a chance BTC sees another take-profit rally while the DeFi market corrects. Todaro explained:

“Capital exited lower market cap alts and Ether to a greater extent than bitcoin. I do not think this necessarily indicates a rebound in the markets but rather a greater flight out of higher beta tokens than in bitcoin, which has been more stable.”

Denis Vinokourov, head of research at crypto brokerage and exchange firm Bequant, told Cointelegraph that political factors and the pandemic fueled BTC’s recent drop. He pinpointed the passing of U.S. Supreme Court Justice Ruth Bader Ginsburg as a key factor. He clarified that the level of uncertainty in the U.S. markets heading into the election was already high, but now investors are even more uneased:

“Digital assets fell sharply across the board, in tandem with equity markets and even safe haven assets such as gold, as concerns over the upcoming US elections took a dramatic turn. The aforementioned unease and uncertainty stems largely from the passing of the Supreme Court Justice Ruth Bader Ginsburg which, without a prompt replacement will lead to a 4-4 deadlock in the country’s highest court.”

But Vinokourov emphasized that Bitcoin and Ether (ETH) could rebound strongly due to their “solid network fundamentals.” The correlation between the U.S. stock market and BTC could be short-lived, given that the markets slumped unexpectedly within a short period of time, with unprecedented intensity.

The fundamentals of Bitcoin have strengthened in recent weeks, especially as the blockchain network’s hash rate reached an all-time high. The timing of the upsurge of the hash rate is noteworthy because it comes less than four months after the last block reward halving. Following a block reward halving, the hash rate tends to drop because the amount of BTC mined decreases. The continuous increase in the hash rate indicates miners expect a higher BTC price in the medium term.

Not only has the hash rate recovered to pre-halving levels, it has exceeded the previous high to reach a new all-time high, and Vinokourov expects a rebound to occur shortly because of strong network fundamentals: “Looking at the playbook following the covid-19 related sell off in March, which also spilled over into digital assets, markets tend to decouple.”

What do traders think about BTC?

In the near term, traders anticipate BTC to range between the weekly low at $10,200 and the $10,600 resistance level. A pseudonymous trader known as “Salsa Tekila” said a “choppy” range in the near term is most likely. He stated:

“Wouldn’t be surprised we bart down, swing the weekly low, chop back up another day or two… $BTC looks choppy, keeping my trades private; I’ll flip flop all day probably. Don’t think we’re ready for a big one, maybe 10.2k – 10.6k range till Thursday unless catalyst.”

Some traders such as Cantering Clark believe that BTC is primed for a relief rally. Similar to the stock market, BTC saw an intense pullback in a short period, which typically results in a short-term recovery. The futures and options markets tend to neutralize after a big price movement, leading BTC to recover with low volatility. The trader noted:

“$BTC likely sees relief in the near future. Nice selling into the close of yesterday’s session. If you ask me, that looks like an optimal way to set up a trap for any systematic shorts that would get the green light at that point.”