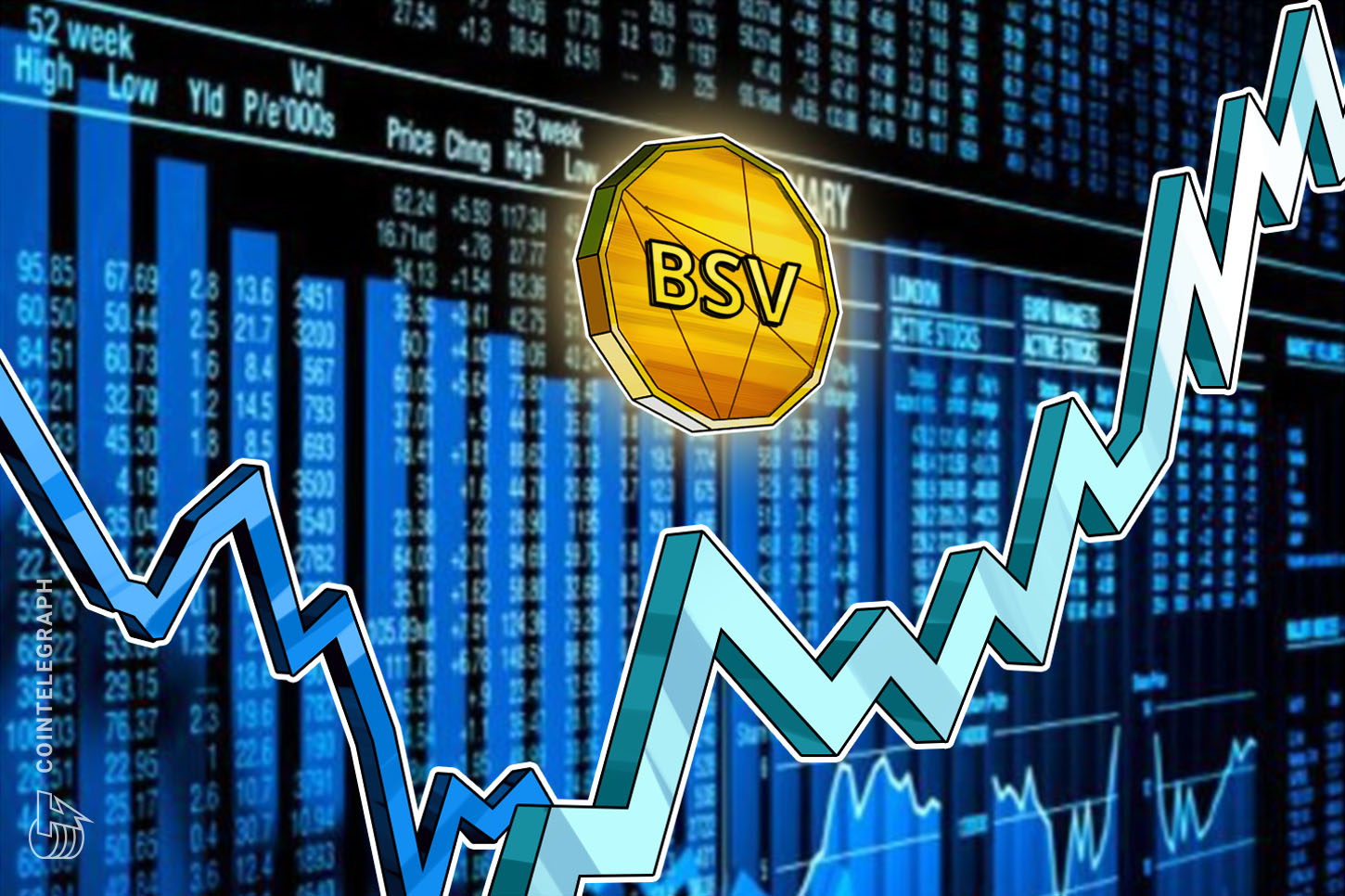 Active addresses and transaction counts on the Bitcoin SV network saw unbelievable growth in the two days leading up to the CoinGeek Live conference in New York this week.

That’s an astonishing growth rate of 761%, in just two days leading up to CoinGeek Live, which kicked off on September 30 at 9am New York time, and will run until October 2.

The spike in active addresses raised eyebrows on Crypto-Twitter. Bitcoin SV and Craig Wright antagonist Arthur van Pelt reposted SirToshi’s chart that calls attention to the fact BSV has managed to overtake the Ethereum network in the middle of a DeFi boom. He said sarcastically:

“Seems legit. Organic Growth I think. Has nothing to do with #CGLive I bet’.”

Transactions on the Bitcoin SV network more than doubled in the same period, from 715.6K to 1,751K today. That’s growth of 145% in the 48 hours leading up to the conference. Average transaction values meanwhile, fell by two-thirds over the same period.

However, it’s possible the spike could simply be a coincidence, as the network does see some unusual bursts of activity on occasion. Active addresses spiked to over 1 million briefly on June 24, and transactions spiked to 5.5 million on July 10.

In his opening address, Nguyen said that Bitcoin SV has incentives to discourage bad behavior and noted that the original Bitcoin whitepaper mentions the word “honest” 15 times.

According to CoinGeek’s report on Nguyen’s address, Bitcoin SV currently processes more 2,800 transactions per second on its mainnet, and is aiming for 50,000 in the near future. The forthcoming Teranode enterprise-tier protocol aims to have 1TB transaction blocks.

Nguyen said that Bitcoin SV is “the foundational rule set for an entire network,” and is “re-inventing the internet.”

In somewhat related news, the Supreme Court of Norway has rejected Craig Wright’s jurisdictional appeal. The Satoshi claimant had been trying to sue Hodlonaut for libel in the UK but will now have to go through Norwegian courts.

Hodlonaut said the court has awarded him another $6000 in costs on top of the $60,000 in costs already awarded:.

Supreme Court in Norway today rejected CSW’s jurisdiction appeal, awarding me costs of $6,000 on top of the $60,000 already owed.
His perfect loss record is intact. (4 out of 4)
The real case will now go forward in Norway where another loss surely awaits him.
Welcome to law! https://t.co/Ue4TL4P5gp

Renowned Investor Jim Rogers Warns Governments Want to Control Crypto — ‘They Want to Regulate Everything’
Ethereum price rises by 50% against Bitcoin in one month — but there’s a catch
Binance Card users now have access to XRP, SHIB and AVAX
Crypto VC funding hits $30.3B in H1, Michael Saylor steps down as MicroStrategy CEO, and Voyager to return $270M worth of customer assets: Hodler’s Digest, July 31-Aug 6
Fear of War, Monkeypox Causes Stock and Crypto Markets to Churn While Precious Metal Spike Higher